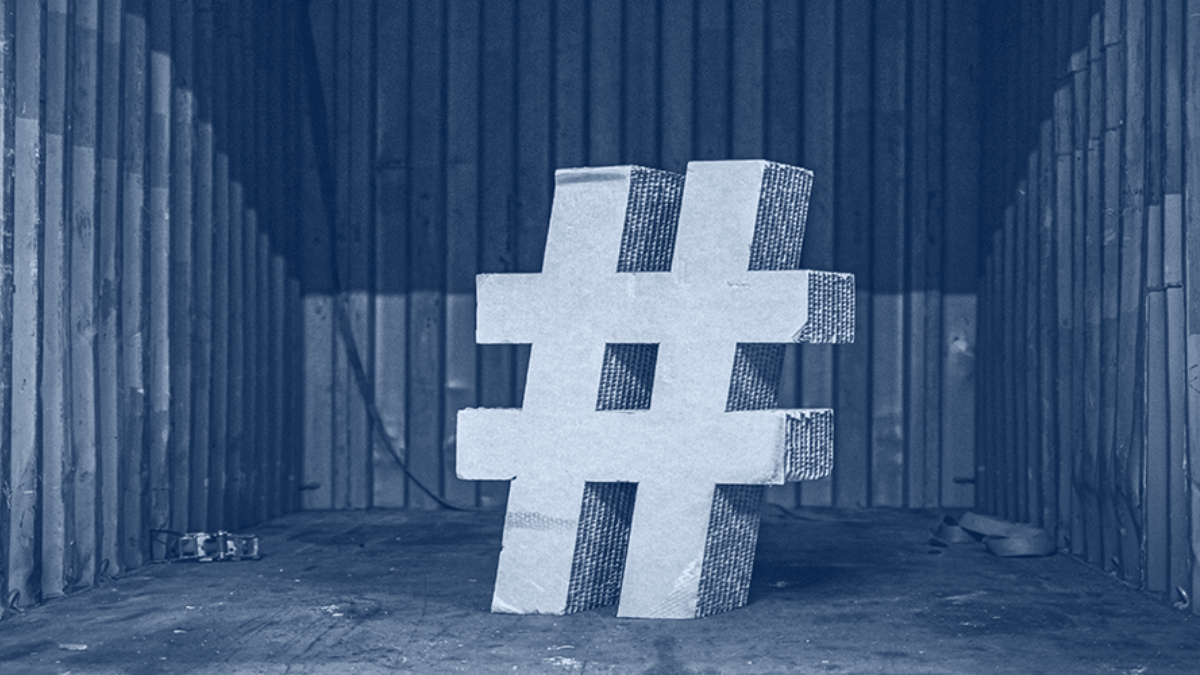 Hashtags are key to achieving a high organic reach on Instagram. With the right hashtags, you can attract new users, make posts easier to find and increase brand awareness. Instagram has gone through a lot of changes since 2010, but one thing has always remained the same: the importance of hashtags. But how many hashtags do you need to use on Instagram? And do hashtags really boost your interactions and reach?

Our analysis of five million Instagram posts reveals the hashtag benchmarks for 2020. You’ll learn what the optimal number of hashtags per post is and what impact hashtags can have on interactions and reach. In the end, we will even show you how to find the right hashtags for your industry.

You are allowed a maximum of 30 hashtags in an Instagram post. But should you? This is a highly debated topic. Instagram itself considers the use of two to four hashtags as reasonable. Others recommend using up to ten hashtags. However, the reason for their advice is not the increase of reach or interactions of posts, but the unattractive sight of too many hashtags below a post text. There’s no denying that, but in the end, other metrics are what a social media manager focuses on.

In our study of over five million posts, we first identified how many hashtags are currently used on Instagram on average. Depending on the size of the profile, the average lies between one and seven hashtags.

The chart shows that with increasing follower numbers, the average number of hashtags per post initially rises to 6.8. From a size of five thousand to ten thousand followers, the number  drops again.  Profiles with a size of over five million followers only use a single hashtag per post on average. Overall, an average post on Instagram has a number of three to seven hashtags. Careful though, this result does not mean that such a small number of hashtags is commendable. The next evaluations will show why.

Why you Should use 30 Hashtags

What is the optimal number of hashtags to add to your post?

To answer this question, other studies looked at the absolute number of interactions per post for any number of hashtags. According to them, a post with more likes would be more successful than one that gets fewer likes. For example, a post with 300 likes would be more successful than a post with only 50 likes. However, this approach disregards a crucial point, the follower count of the profile that published the post. Since large profiles often use fewer hashtags, the result would be that fewer hashtags per post are optimal. However, this is not correct.

Accordingly, it is absolutely necessary to first divide the number of likes by the number of followers of the profiles in order to be able to compare the success of posts. Otherwise, a post from Adidas would always be more successful, no matter how many hashtags it has. To figure out how many hashtags to use, you need to look at posts by likes per follower.

The result could not be clearer.

It is noticeable that posts without hashtags receive more interactions than posts with one or two hashtags. It seems logical that hashtags in the post text are responsible for this effect. We have neglected such in our evaluation.

To avoid reaching the wrong people with your posts, it’s important that you only use hashtags that exactly match your topic. Want to know how to do that? Our free Hashtag Composer does it for you. Start now!

So if your goal is to get as many likes as possible, you should clearly go for 30 hashtags. But do hashtags also help increase post reach?

To answer this question, we looked at the reach per follower that posts with a certain number of hashtags received. The result shows an interesting but less clear correlation.

The graph shows that the reach increases with the number of hashtags. From 16 hashtags on, however, the increase becomes irregular. The sharp peak at 30 hashtags indicates that the reach is at its maximum here. Similar to the analysis according to likes, we can see  that 30 hashtags provide the most reach. Note that a number of 25 hashtags also achieves a very high reach, which is only one percentage point away from the maximum value. Between 25 and 30 hashtags, however,  the curve collapses. The trend here is not as clear as in the calculation based on likes per follower.

You now know that using Instagram hashtags has an indisputable impact on the success of your posts. So don’t let the unsightly block of 30 hashtags under a post stop you. Use hashtags selectively, use them to increase interactions and reach new users. Using hashtags alone won’t double your reach and interactions, but you can increase them significantly. Don’t miss out on this opportunity!