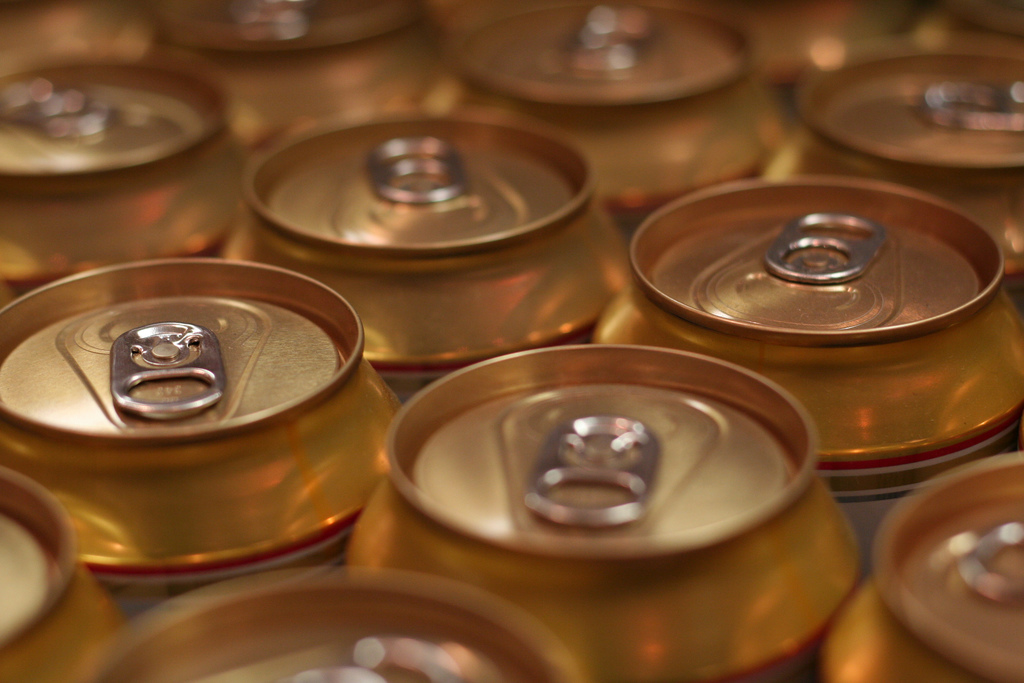 This week we analyzed the pages of various american beer brands. We created a list of the 30 biggest Facebook pages of american beers, but due to the fact that we aren’t from the US ourselves it’s hard for us to tell whether or not we actually included all of them. If we missed a well known and successful one, please let us know so we can at least add them to the ranking.

We were expecting a lot successful posts in the last 7 days due to the Super Bowl, the biggest sporting event of the US, but we were let down.

Approximately 75% of the fans are male, a number one would expect to be even higher.

The fans barely react to posts

The post interaction doesn’t really look any different. On average the pages manage to reach 0.4% and basically match the engagement. This shows that the fans don’t even want more content, and probably wouldn’t even bother to interact more with the page even if it tried to increase the frequency at which content is published.

Modelo Especial USA ends up having a post interaction of 1.6%, Coors Banquet and Busch 0.9%, Pabst Blue Ribbon and Shiner Beer 0.8% and Miller High Life 0.6%. Something that is immediately noticeable is the difference between engagement and post interaction  for the Nebraska Brewing Company. With 1% engagement they more than double the 0.4% post interaction the page managed to reach. How is that even possible?

The easiest way to explain this is by showing how the engagement actually is calculated. It takes every single reaction a page received into consideration and divides it by the amount of days. Unlike the post interaction is ignores the amount of posts, so publishing a lot of content on one specific day is a way to reach these kind of numbers.

The two extremes: Friendly community managers or none at all

Here are a few examples of what good support looks like and what it means to care for your community. 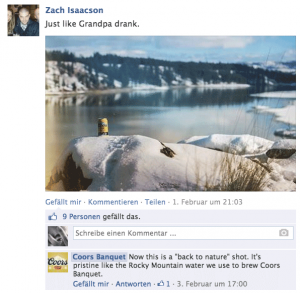 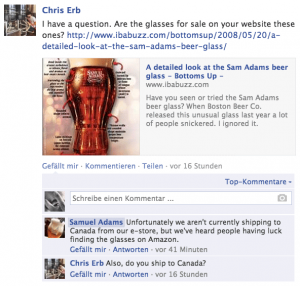 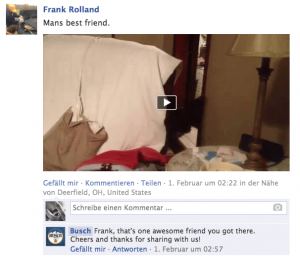 All of them deliver an impressive performance and actually respond properly. In the past we have seen a lot of pages who just copy&pasted replies or never used more than a handful of words.

Unlike we expected, barely any  Super Bowl post can be found among the top posts. We thought that the pages actively tried to increase sales by reminding their customers of the upcoming event and that those would giving positive feedback, but apparently we were wrong. Some posts are pretty far from what you would usually expect to see on the page of a beer brand.

From daytime party to happy hour.

Nevertheless, we were able to find 2 that perfectly met our expectations.

Kurt’s ready for the big game. Are you? Cheers!

Are you ready for the Game?

Over all, content is published at a decent pace. 1.1 post per day isn’t much, but there are pages that post way less often. Bud Light, Bud Light Platinum and Bud Light Lime Ritas post 3 times a day, which is pretty impressive. The Nebraska Brewing Company publishes 2.5, Four Peaks 2 and Alaska Brewing 1.7 posts a day. 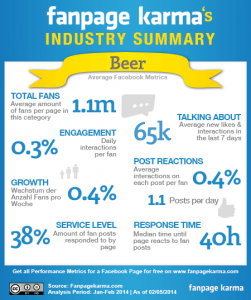 The brands have completely different strategies how to build a community. Some of them value service, others a lot of content, and the majority seems to have a Facebook page to… well to have a Facebook page. Especially the big pages perform mediocre and don’t really seem to be interested in actually helping their fan bases or receiving positive feedback. The amount of sold merchandise seems to be enough to satisfy most of them.