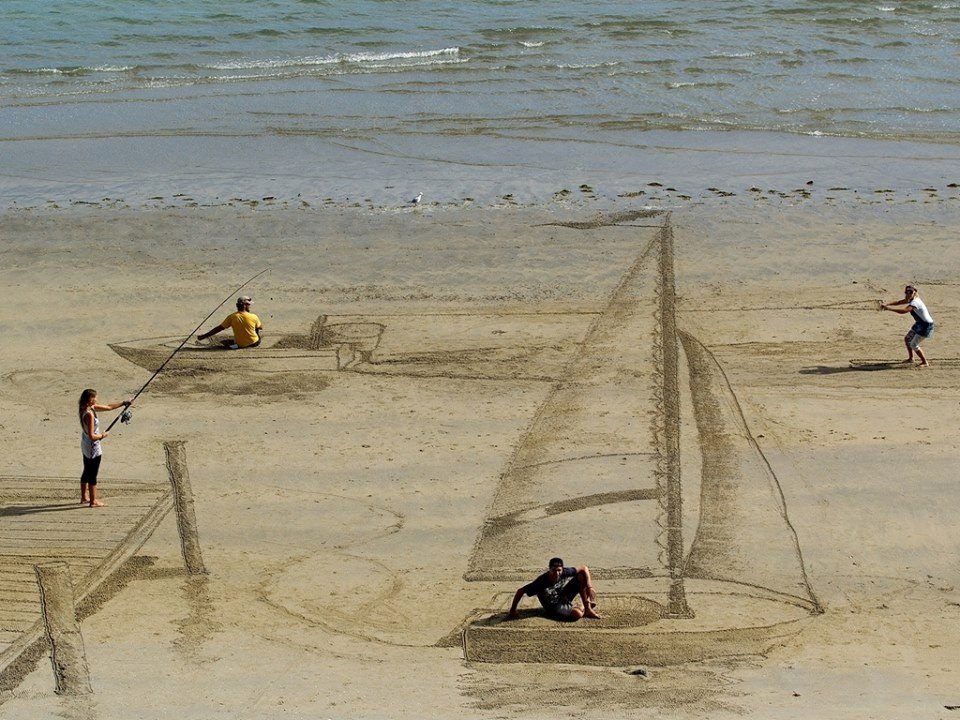 Last week was rather slow. We were only able to spot a handful really special posts but the ones we found were high quality and some ended up being more  successful than anything we have seen recently. This post put anything else to shame: Dan – WE ARE FAMILY!

Nearly 1m reactions, even though the page having 25k fans. The fact that it has that many supporters makes it even more impressive because gaining nearly 40 times as many reactions as your fan base is big is quite an accomplishment. Usually this only happens to really small pages, and even then its a rare sight.

Once again it’s a radio station that ends up landing such a coup.

In different news: A new revolution in automotive engineering leaked last week. Apparently an unknown company developed the safest car to ever hit the road. It’s rumored  to be the first invention of a new found company called Vader Engineering. We are eager to see more of their work.

Did you ever want to see spinning kittens? Now is your chance. This trio knows how to put on a show, even though it has very little to do with DJ’ing. While we are talking about art. Fortunately for us people always come up with new forms to showcase their talents. This, for example is a very impressive use of perspective. New post (the art of sanding – http://sailinganarchy.com/2014/04/28/the-art-of-sanding/) has been published on Sailing Anarchy

Sad that all of this will be gone as soon as a wave hits the beach. Well, at least they can turn the washed up sand into a drip castle and turn from painters into architects.

But now back to work. We don’t want to be responsible for your boss questioning your work efficiency like this lion does. Have fun with the top posts of week 18.

Dan – WE ARE FAMILY!

VIRAL VIDEO: A teenage girl’s original song has more than 1 million hits on YouTube already! Not only is she talented, but her lyrics really hit home for some people.WATCH what everyone is talking about: http://bit.ly/1ksNCRz

BREAKING NEWS – MISSING PERSON ALERT IN MIDDLEBURG. Ankita Lavender contacted her father by cell phone at 7:20 pm and said two white males grabbed her and pulled her into a white truck. Her phone has been off since that time and contact has not yet been reestablished again. She was last seen in her neighborhood – Chief Ridaught Trail off CR 220.A full search is underway and we will update…

We’ve got two double passes on offer for the Mythbusters: Behind the Myth LIVE performance at the Perth Arena on Wed 27 Aug. Simply share and like this post to enter. Competition closes 5pm Friday 9 May. Visit the Scitech website for more details and T&C http://www.scitech.org.au/featured/1596-win-mythbusters-tickets. Good luck!

The Mother’s Day Most Wanted List. Tag a dad!Heads up Aussie daddies, its NEXT Sunday the 11th of May.

FREE Pizza Monday!! One lucky fan will receive a Free pizza coupon….all you have to do is like this post! Good luck!! 🙂

Absolutely! Do you agree? 😀

FREE GIVEAWAY FRIDAY! Win these 4 delicious cigars with a punch cut key chain in a Black Ops travel humidor! Just LIKE, SHARE, and COMMENT with the name of your favorite cigar.And congrats to last week’s winner: Frank Hickey!

A man who lost his wife 20 years ago has been asking his only daughter for grandchildren since her wedding day. Well, his daughter had a surprise for him.See her father’s reaction –> http://6abc.cm/1m3Ph5m

A teenager with special needs got a personal invitation to see a concert and hang out with his idol, Brad Paisley. Take a look! Watch and read here: http://www.foxcarolina.com/story/25396695/peoria-teen-gets-personal-invite-from-idol-brad-paisley

Whoever thought up this caption needs serious help! lol

The doors to the demimonde have opened early. Watch the Penny Dreadful series premiere now before it airs on Showtime Networks on Sunday, May 11th:

Ernie: 102 years of wisdom.If you had one message to share with the world – what would it be? #ThoughtfulThursday

Some people will come into our lives and touch our hearts so deeply that we will never be the same again.#quotes #stevenaitchison #inspirational #inspiring.

Right about now, your dog may be planning to panic you with a thousand tiny welts that look like he’s been rolling in fire ants. ‘Bully Bumps’ are really common this time of year, but you don’t need to freak out. Check here for home care remedies for minor bumps, cuts, stings & stink.http://badrap-blog.blogspot.com/2010/05/cuts-stings-hives-and-stink-home-care.html

I will be choosing 3 people for this at 9pm tonight.

Hope you’re having a great Monday!

Please #PrayForArkansas and the surrounding areas who were affected by deadly tornadoes. You can comment with your prayers and support here: http://www.cogic.org/blog/pray-for-arkansas/

Trees are awesome. Here’s the Rainbow Eucalyptus, a tree that looks like a toddler has been set loose in the forest with some tins of paint and no responsible adult keeping an eye on them.Remarkably, this tree’s colouring is entirely natural. As the Rainbow Eucalyptus grows the bark falls away in patches at different times of year exposing the bright green inner bark. As time passes the inner…

When you come to a dark valley or a difficult season, don’t worry. Your heavenly Father will give you the strength, the favor to do what you need to do.

Tony Abbott’s Commission of Audit report is a blueprint for the destruction of Medicare. SHARE and help us save universal healthcare.

Outrageous! It’s been two weeks since hundreds of Nigerian school girls were abducted and reportedly sold into sexual slavery or forced marriage. Grief-stricken families have taken to the street to demand their daughters back yet the Nigerian government has yet to communicate a plan or take action. http://bit.ly/1i6b7NvWe stand in solidarity with the kidnapped Nigerian girls and their familie…

Whoa –- you probably know that solar power plants produce electricity without producing carbon pollution, but did you all realize they also save so much water? “Share” to let your friends know, too!

So inspiring. Please pray for Arkansas.

Really, you should try it. 😉

My heart heavy! #bringbackourgirls REPOST! SHARE! Where’s the coverage? The outrage? Why Are We Just Now Seeing This? They matter! WE matter!

Have a fun Saturday!

It’s as if my entire life has led up to this moment.

The biggest communication problem is we do not listen to understand, we listen to reply.more at Bob Beaudine

This devastated family is missing their mother and wife. Ana Gutierrez-Ramirez, 37, passed away just an hour after giving birth. They’re sharing their heart-breaking story while trying to find an explanation for her death. http://bit.ly/1iy9FJr

It’s all about LOVE! (Pic via Tumblr)

A secret for those about to graduate: this feeling doesn’t go away.h/t Damn! LOL

Our Lydia Esparra sat down with 6-year-old Cayden, who was hit by a hit and run driver 2 weeks ago. He is home from the hospital and recovering, as cute as can be. Full story tonight at 10 & 11.

New post (the art of sanding – http://sailinganarchy.com/2014/04/28/the-art-of-sanding/) has been published on Sailing Anarchy

So long Caffè Nero, and thanks for all the coffee…

Lets Have Fun With This

How many likes for this absolutely adorable pup? 🙂 #CanineCuteness

Here’s a funny image to start off your week right!

What The Big Yin says about the idea of Scotland leaving the United Kingdom. SHARE if you agree.

Animals can teach us so much…facebook.com

Happy birthday, David Beckham !! Find out what’s in the horoscopes for David and you!

Happy birthday, David Beckham: Find out what’s in the horoscopes for David and youhellomagazine.com

The Angry Bartender shared a picture  5/2/14

Move over “Oscars Selfie”, there is a new best selfie ever…

Awwww…do you sleep with your Yorkies?–► Are you a SERIOUS yorkie lover? Then you should be getting this email ➔ http://ilovedogs.ws/-YorkieEmail

Take a deep breath and remember – we’re all in this together. Click to buy >> http://bit.ly/QOG96H