This week we are heading to a flight… a cheap one. Low cost airlines become more popular every year, people love the option to travel for cheap and book more trips than ever before.

The engagement is pretty low, and unfortunately the same applies for the post interaction. Both reach 0.1% on average, which means that they reach 1 of 1,000 fans per post. That really isn’t a great reach when you consider what sort of content airlines can, or rather could, publish. Due to being in the flight business they have the opportunity to heavily exploit some of the most popular topics on Facebook. There are some pages that manage to delight their user base more often than others. Sun Country Airlines is a good example. They are toping the list in both Engagement (0.4%) and Post Interaction (0.4%). Jet2.com comes next with 0.3% Engagement and 0.1% Post Interaction. The only other pages that really do well are Frontier Airlines (0.2%), WestJet (0.2%) and Virgin Australia (0.1%). The rest either are worse, or on par with the average.

The thing these pages really excel at is the service. The average service level is 71%, which already includes all the pages that don’t respond to anything. Multiple companies deliver an impressive performance with more than 90% response rate, part of that group being Virgin Airlines (98%), Sun Country Airlines (96%), Vueling Airlines (96%), Jetstar Asia (91%) and Frontier Asia (90%).

Noticed something? Most of the pages that deliver a decent performance when it comes to listening to your customer get rewarded with higher engagement and growth rates. Once again we can prove that it pays off to listen, react and talk to your community. Loyal customers are way more likely to return, and talking to them will assure that a form of brand affinity can be established. But replying to a lot of posts is only one side of the medal. Doing so quickly is at least as important because it makes your customers feel wanted, cared about. Virgin Australia is once again ahead of everybody else. On average they reply within a stunning 12 minutes. And we are not talking about 5-10 user posts per month.

But that’s not supposed to lessen the accomplishments of other pages. Once again Frontier Airlines (0.4h), Vueling Europe (0.4h), Cebu Pacific Air (0.6h), easyJet (1.3h), JetBlue Airways (1.4h), kululu (1.5h) and Jetstar Australia (1.7h) perform exceptionally well. Every single one of them manages to answer the questions of their customers in less than 2 hours. Some pages rather disappoint in this category though. REDjet, Jet2.com, FlySpiceJet, Spring Airlines and AirAsia don’t even make it possible for their users to post. Sure, this way they probably save a lot of trouble having to manage the site, but they also miss out on an easy way to support their customers. Facebook support is fast and easy while helping you to improve your public image.

Look at it this way: When you reply to a private support message no one apart from that one customer will know. If you do so on Facebook, a vast amount of people will notice that you care about your community. You will have helped 1 person, but left a positive impression with dozens. There’s barely any downside to using Facebook as your central support hub.

Content is published at a decent pace. 1.2 posts per day are ok, but nothing to be proud of. But as per usual there are some exceptions. Mango Airlines (2.8), FlySpicejet (2.5), Cebu Pacific Air (2.5), AirAsia (2.2) and Jet2.com (2.1) all post approximately twice per day. But what do the pages publish? Discounts… Today we are turning 20! As a gift to you for our 20th Birthday we are offering $20 fares to select cities to/from Denver, today only! Seats are limited & restrictions apply. For details & to buy, visit: http://bit.ly/1lXPsxB Celebrating a nation that makes us proud. Happy Fourth to all.

and a lot of selfies of their planes.

Pictures are liked and used as often as possible. Surprising that they aren’t even the most successful type of post. Then again, the sample size of status messages is so small that it’s hard to tell whether or not they actually are more popular. The pages should definitely give it a shot and publish more discounts. One way to properly do it would be to combine a fancy picture with a discount on the flight to the destination shown in said picture. 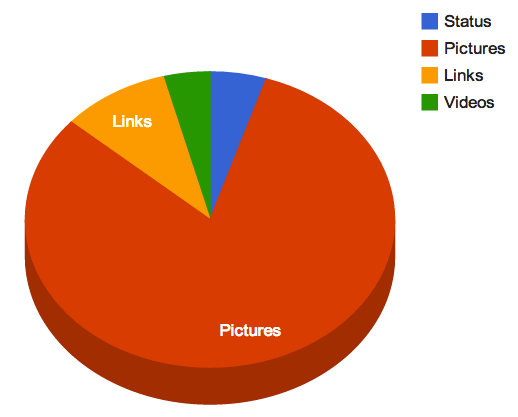 Overall it can be said that low cost airlines are trying to provide a decent service. Some of them do, others don’t. But generally speaking they do a decent job at helping their fans.

Something that really impresses us is the amount of twitter followers they are able to gather. JetBlue Airways, Southern Airlines and AirAsia have more than 1m followers. Considering the rather tiny profile of other industrial branches this is a pretty impressive feat. WestJet, easyJet and Virgin Australia also manage to make themselves popular on twitter.

An even bigger accomplishment is the amount of posts the accounts publish on a daily basis. Believe it or not, but JetBlue Airways tweets 269 times a day. WestJet comes short with 117, followed by easyJet, Southwest Airlines, Virgin Australia, Flybe and AirAsia. At least 80% of their posts are involved in direct conversations with potential customers. Some of them even up to 97%.

Posting your own content isn’t something these pages do often and because of that the content seems to lack quality. Most of the bigger accounts end up with below 0.05% engagement rates, some even with 0.01%. But this seems to be rather neglectable considering the amount of support they provide. It’s clear to see that Twitter is considered even more of a support hub than Facebook, which is quite impressive considering the incredibly fast response rates of some companies. Therefore it’s pointless to analyze the post history and its success-rate. These aren’t hosted to generate likes but to help.