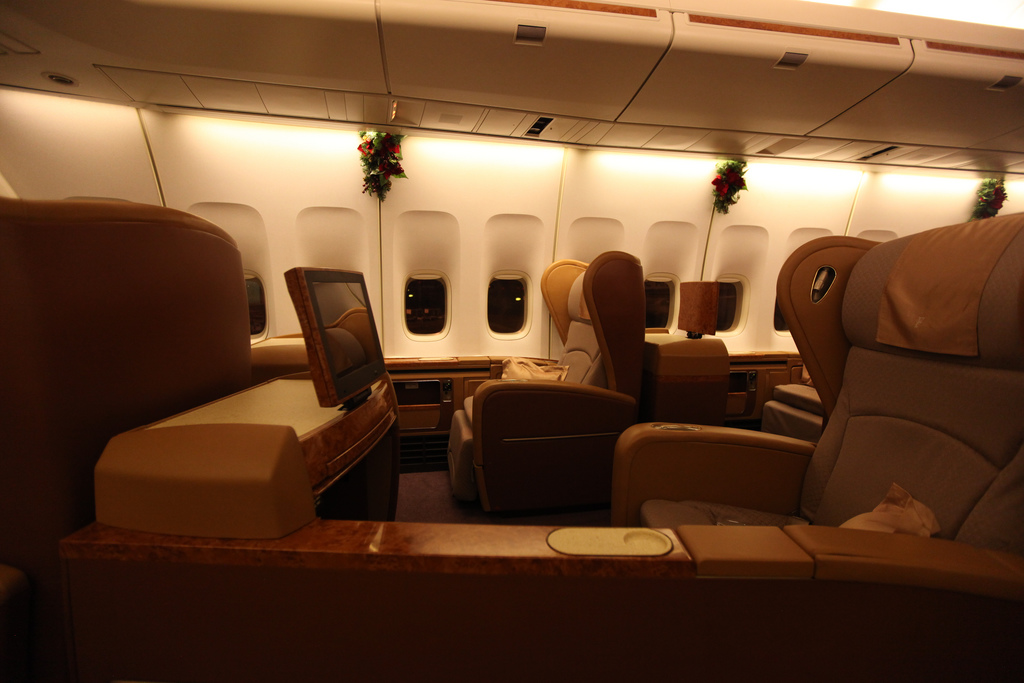 Last week we analyzed how low cost airlines do on Facebook and Twitter. This week, we are going to look at their competitors: Traditional Passenger Airlines. With low cost flights becoming more and more popular, a lot of people might never actually have experienced the comfort that most of these airlines provide. But how much do they actually care about their customers? Do they have different strategies? Provide better support and more varied content? We are about to find out.

The biggest followings have KLM (6.2m), Turkish Airlines (4.4m), Air France (4.2m), Qatar Airways (4.1m), Emirates (3.2m), American Airlines (1.6m), Lufthansa (1.6m) and Garuda Indonesia (1.5m). It’s interesting to see that most companies do not have multiple pages to support different languages. All the support they provide, all the information they publish, end up on a central hub, which often is their Facebook page. They post in English, French, German, Italian, Spanish… it doesn’t matter. That is something that is rarely seen when it comes to international companies. The preferred method is to have a separate site for every customer group. Definitely interesting to see how much this industry differs from others. Overall the pages have less fans on average than the low cost airlines do. But due to the much bigger sample size that’s rather neglectable. Something that surprised us is that the pages are growing much faster. While low cost airlines gained approximately 1% a week, passenger airlines manage to increase their fan base by 1.29% within 7 days. Air Mauritius for example grows by 15.04% on a weekly basis. Which is a pretty ridiculous figure, considering the fact that the page already has more than 500k fans. Other pages that manage to win new fans pretty fast are Kenya Airways (5.53%), GoAir (5%), Korean Air (4.43%), Destinations Air Niugini (4.43%), EVA Airways Corp (3.89%), Saudia Airlines (3.85%), Yeti Airlines (3.74%) and Silk Air (3.53%). With an average engagement of 0.3% the pages deliver a mediocre performance. Some shine and show that they can do better than the rest. But a big part fails to even receive any feedback from 1 of 1.000 users per post. Yeti Airlines schools everyone. 1.8% might not be an accomplishment in any other industry, but it certainly is in this one. Especially compared to low cost airlines, they manage to perform exceptionally well. Air Tahiti (1.6%), Oman Air (1.5%), Ethiopian Airlines (1.4%), Air Mauritius (1.3%), Aer Lingus (0.9%), Etihad Airways (0.6%), Emirates (0.6%), Air India (0.6%), Sri Lanka and Air Seychelles (0.59%) perform pretty decently as well.

Looking at the post interaction, we can’t really spot anything that surprises us, and that is good. Too often do we see pages with low engagement and high post interaction values. Something that always bothers us because the company could publish more content, but simply doesn’t do so for various reasons. Even though we can spot multiple distinctions, they are not as significant as they often are. Oman Air for example has the highest post interaction (1.8%) while also being part of the top 10 group for the engagement. Same applies to Aer Lingus (1.5%), Air Tahiti (1.2%), Air India (1.2%) and Air Seychelles (0.9%). Lao Airlines on the other hand perfectly represents the sort of page we were talking about just now. Post Interaction of 1.2%, but only an engagement of 0.3%. Post more! You content is good, the fans like it, so use their interest more often! The service level was what the low cost airlines excelled at, and to some extend that applies to the passenger airlines as well. The upper third has response rates of at least 80% with really short response times that fluctuate from 0.1h to 23h on average. To be fair, even 23h is not that bad of a result considering the fact that we are talking about about the upper third of this list, which basically consists of 30 companies. To not encounter any outliers is impressive. Unfortunately the lower third doesn’t even have wall posts enabled. The list is lead by Maya Island Air, Zagros Jet, KLM, Etihad Airways, Austrian Airlines, LAN Airlines, Adria Airways and Air France. The most content is published by Swiss International (7.1). Unfortunately they are not really successful in doing so. It might be interesting for the company to actually analyze what their fans like, and reduce the amount of posts they publish. Content like this might be nice… A great impression of one of our SWISS aircraft flying over London. A big thank-you to Timo, whose cool drawing we found on Instagram. Has anyone else tried their hand at aircraft art? http://instagram.com/p/pOSXBhs0G_/

…but there is a difference between a healthy amount of content and what costumers might consider spam. If something from an airline I like pops up on my newsfeed about seven times on a daily basis I might end up being rather annoyed by the content instead of being happy about seeing it. A page has to find the perfect amount of content to maximize it’s success. Carribean Airlines faces a similar problem with 5 posts a day. Philippine Airlines, Garuda Indonesia, Yeti Airlines, Air Jamaice and Etihad Airways follow.

But what about Twitter? After all it was the main support hub for most low cost airlines. Well, it also is for passenger airlines. Lots of big pages, lead by KLM, American Airlines, Cebu Pacific Air, Philippine Airlines, Virgin America, United, Turkish Airlines and Malaysia Airlines which also manage to have decent growth rates. Not bigger than their counterparts, but still big enough to offer a decent fight. Last week we were impressed by the 269 times JetBlue Airways tweets per day. But this is nothing compared to the amount passenger airlines put out every 24 hours. American Airlines tweets 953 times, United 793 times, KLM 512 times and US Airways 479 times. These completely unreal amounts of tweet are obviously not build on content, but support responses. That doesn’t change the fact, that this sort of service is a pretty impressive accomplishment. And there are quite a few more pages that tweet at least 80 times. In 96% of the cases these pages are involved in a conversation with a customer.

That’s the main reason why we will not discuss the low engagement rates. If you’re replying to a customer, you will not receive a dozen likes. The post is published to help a specific person, not to entertain and inform a broad audience. Criticizing them for unsuccessful posts would be completely pointless here, since their goal isn’t to collect likes or shares. But if you are as big as some of these pages you’re gonna end up collecting likes even though that might not even be your goal.

@dillonfrancis We’d love to have you on board with us, Dillon. We hope to see you soon! — American Airlines (@AmericanAir) July 11, 2014

Overall the twitter accounts of the industry leaders are really impressive. Smaller ones have some work to do and need to try to step up their game. Bangkok Airlines for example has 12k Followers, but isn’t involved in a single conversation. Something like this needs to change.

All in all a big part of airlines performs quite well. They definitely have some work to do when it comes to publishing interesting content, but it doesn’t seem like it’s their main focus anyway. What needs to be done though, is the optimization of the amount of content they publish on their Facebook accounts. Twitter being a support hub is fine with us, but that doesn’t change the fact that at least one of them should be used for brand building and publishing something nice once in a while. All calculations were made with Fanpage Karma. Fanpage Karma is an online tool used to analyze social media profiles. Users can monitor an unlimited number of Facebook pages, Twitter profiles or YouTube channels. Either their own or those of competitors. Fanpage Karma provides valuable insights on posting strategies and performance. It gives hints on how to improve engagement.