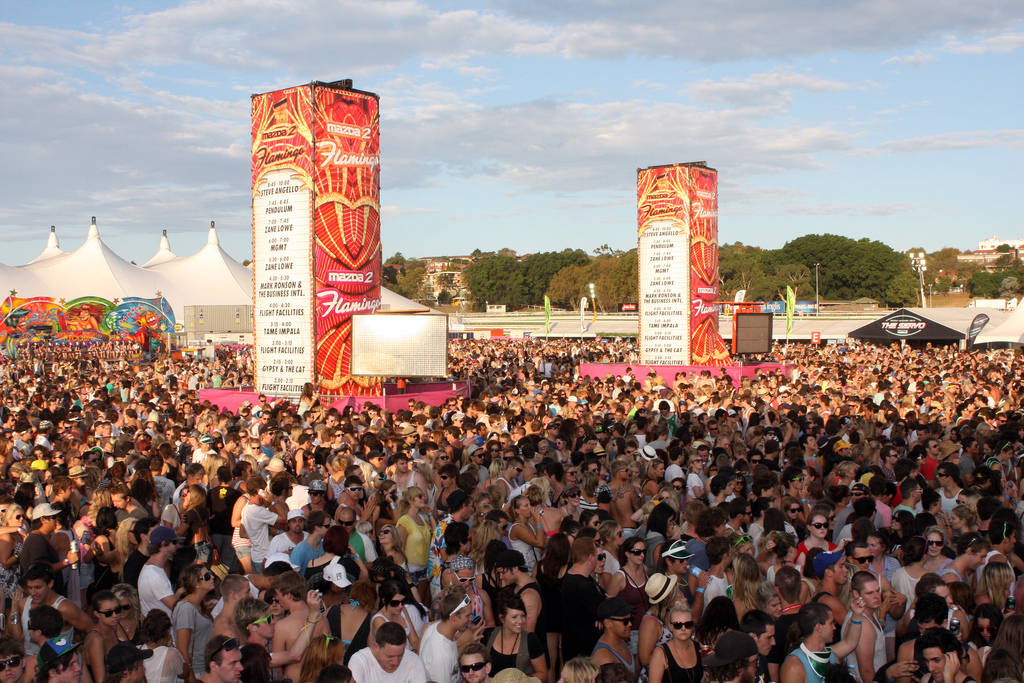 This week we looked at international festivals and found a few things that we didn’t expect. But how do the pages perform in general? Are they trying to engage potential customers when there’s no event? Or do they just lean back and wait for a year?

The biggest international festivals are  Tomorrowland (6.8m), Ultra Music Festival (2.5m), Vans Warped Tour (1.7m), Electric Daisy Carnival (1.2m), Coachella (1.1m), Sensation (876k), Lollapalooza (729k), Electric Zoo Festival (713k) and Burning Man (667k). All of them are hosted in the US, some are international pages of festivals that are hosted in multiple countries, such as the Lollapalooza festival that also has quite a big southern American following.

Generally we can say: The bigger the festival fan base, the more males are part of it. The only exception among the 15 biggest pages is the Vans Warped Tour which has a gigantic following mostly consisting of females. All of this drastically changes the smaller the festivals get. If a page has ~10-50k fans, the amount of male and female fans is going to be pretty even.

The amount of posts the pages publish heavily depends on when the festival happens. There are quite a few, such as the Dour Festival, that still have a high average number of posts but didn’t publish anything in the last 2 weeks. Due to them almost spamming content while the event is live the average ends up being pretty high even over a month after it ended. But sometimes the pages also publish lots of content after a festival. Often these posts are photo albums such as this one… or pictures of fans, taken at the event. All of this makes it pretty hard to tell which of the pages consistently publishes content. It’s a common practice to post a lot prior to an event happening, the days it is running and a few weeks after. Barely any pages post at different times, even though it should be pretty easy to find fitting content. Why not remind people in december of the beautiful event they had this summer?

The most common medium? Pictures. But they aren’t the most successful.Videos gain slightly more reaction on average. Interesting as well: Music is a pretty popular thing. This is something we haven’t seen in any other industry before and seems to be almost exclusive to festivals. It’s the third most successful medium.

But what does the service level look like? Content is nice but do the pages actually communicate with their fans? The Blissfields Festival (100%/1.5h) and Celtic Connections (100%/0.7h) are the two pages that react to every single user post. Another page that delivers a decent performance is the one of the Bumbershoot Festival (82%/0.8h). In a completely different league are Creamfields (72%/1h) and the V Festival (68%/1.5h) though. Their service and response rates might not look that impressive at first sight, but considering the amount of user posts they react to, they certainly can be see as an accomplishment.  Creamfields had to read 1.6k user posts in the last month, the V festival approximately 1.2k.

But it’s other pages that publish the most content and react to tweets almost permanently. The account of the Riot Fest for example sends out 31 tweets per day on average. It might be one of the smaller pages but it’s still the most active. The same applies for Green Man (27), Brownstock Festival (17),  Strawberry Fields (15) and Electric Zoo NY (22). But of course there are also big accounts that tweet a lot, including Boardmasters (22), Creamfields (22), Bumbershoot (21). But what do they publish? Well, first of all its mostly text, 52.3% of it to be precise. Pictures are used even less than links, something we certainly didn’t expect.

This sort of balance is something you rarely see though. Usually companies focus on one side of the coin. Either publish content or support, but festivals generally try to engage their fans in all three ways. Sure, they publish more new content than anything else, but generally this still is a pretty well balanced chart.

Something the pages can definitely build upon is the fact that questions are almost always well perceived. As soon as they ask their fans something they get a truckload of responses with these two being the most successful examples.

Who wishes they were back at #creamfields2014 already?

The fact that the difference between male and female fan bases is this severe is definitely an interesting information that might make it easier for festival profiles to coordinate their content – or adjust their communication strategy to attract more female fans. We were pleasantly surprised with the way they treat their Twitter accounts though. It’s something you don’t see in a lot of industries.

Something that needs improvement is the attention they pay to fans while there’s no event running. We realize that new content is hard to come by in that time, but simply reminding them of a wonderful event, maybe even recycling already used pictures that were successful a few months ago can help solving these problems.