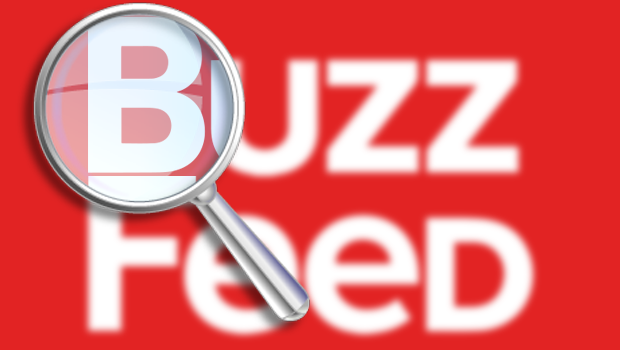 Last month Facebook announced that there is a new Newsfeed algorithm that should detect and punish Like-Baits in the style of BuzzFeed & Co. It shall improve the quality of the Newsfeed and restrict the bait of clicks.

Click-Baiting posts attempt to catch clicks with the help of sensational titles. The title or description arouse curiosity and motivate the users to click, but usually reveal little about what’s behind the link. Many users are annoyed about such posts and even perceive Posts of this kind as SPAM.

Here is an example of a typical, very successful post of BuzzFeed before the introduction of the new Newsfeed algorithm: Robin Williams Had The Best Cameo In “Friends” Historybzfd.it

But despite the adjustment BuzzFeed doesn’t try a different strategy. They stick to their sensational titles and images and catch on to clicks and likes.

A Lesbian Couple Have Married After 72 Years Together And It Will Melt Your Heartbzfd.it

Therefore the question we asked ourselves was:

How much is BuzzFeed affected by this new Newsfeed algorithm?

Comparing the figures before and after the introduction of the new algorithm, we see no serious cuts. Neither the Post Interaction nor the Engagement rate are worse than before.

It seems that BuzzFeed remains completely untouched by the new Newsfeed algorithm. Also the total number of Likes, Comments and Shares remains stable since the beginning of the year and even improved partly.

If you take a look at the Top Posts after the introduction of the new algorithm, you can not speak of a small number of reactions.

29 Parents Who Are Clearly Way Better At Texting Than Their Kidsbzfd.it

Neil Patrick Harris tweeted that he married his partner David Burtka in Italy over the weekend. (And Elton John performed at the reception!)

Neil Patrick Harris And David Burtka Got Married Over The Weekendbzfd.it

22 Parents Who Are Definitely Funnier Than Their Kidsbzfd.it

The Number of Fans is also growing and BuzzFeed gets more and more users they have to entertain.

On the website of BuzzFeed there are different sections of content. On Facebook for each section there is an one Page. So like BuzzFeed Video with more than 1.5M Fans, BuzzFeed Food (426k), BuzzFeed Quiz (265k), BuzzFeed Rewind (126k), BuzzFeed Books (126k), BuzzFeed Animals (148k), BuzzFeed Music (141k), BuzzFeed Geeky (103k) and a lot more. You can find all the verified ones in the ranking below the article.

All these different fan bases create a lot of traffic on BuzzFeed.com but the different pages allow it also to spread the masses of posts to more people. It’s content for specific target groups on the pages and a post gets even more reactions (Likes, Comments, Shares) than if everything would be shared via the BuzzFeed page.

Despite the new Newsfeed algorithm BuzzFeed continues with it former posting strategy and remains untouched by the adjustments so far. The fan base is growing and liking, commenting and sharing diligently. The sensational titles continue to arouse attention and the stories continue to arouse emotions. Click-Baits back and forth, BuzzFeed spreads buzz and stays true. That seems to be the recipe for success, which can not be put into question that quickly.

We will see how it goes on with BuzzFeed & Co. We continue to observe the whole thing and look forward to the development…

Try it for free now! Do you want to know how much ‘Buzz’ your page has? – with Fanage Karma