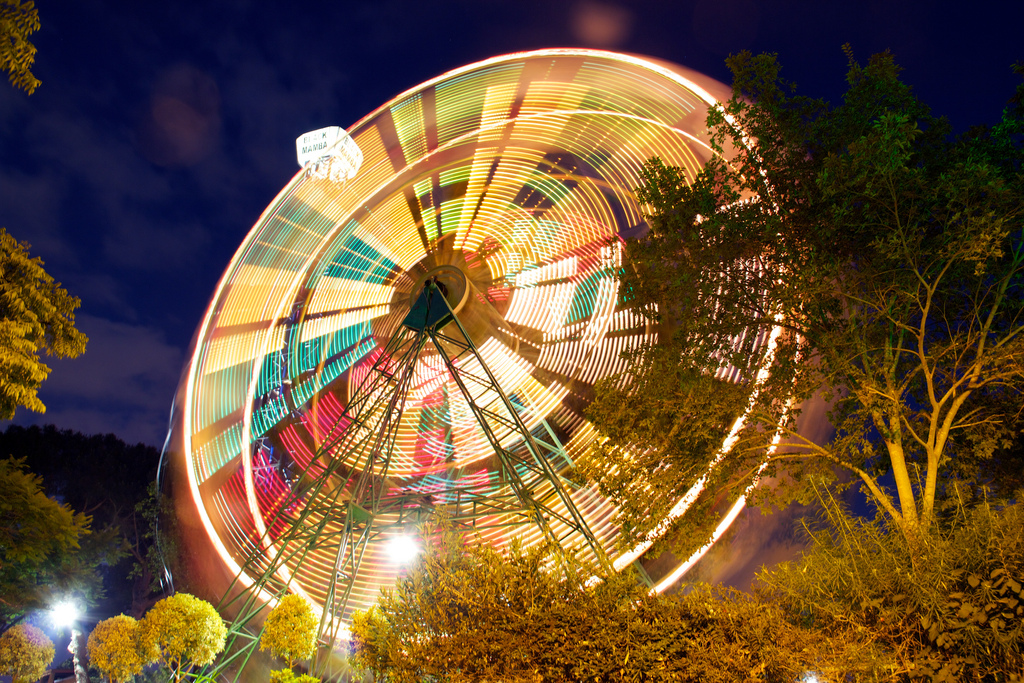 Theme parks have been entertaining entire families for decades. This week we are analyzing their commitment on social media and try to find out what they could do differently to improve the performance of their pages. One thing they should definitely pay more attention to is the amount of content they publish.

The perfect amount of posts

On average the pages grow rather slowly with a weekly rate of 0.2%. The most notable exceptions are Legoland California (2% growth with 327k fans) and Universal Studios Hollywood (0.6% growth with 1.3M fans)

With a service level of 55% the pages still have quite a bit to do. On average it takes them 17h to respond. Universal Studios Hollywood and Knott’s Berry Farm deliver the best performance. Both of them react to more than 80% of the posts their users make, doing so in less than 8 hours on average. This is even more impressive as both pages have to deal with over a hundred user posts per month. About 40% of the pages disabled the option for fans to ask questions in general.

The pages post on average 0.9 times per day. Considering the fact that these are theme parks this might seem a bit low. And it turns out that it is. The most successful pages publish content way more often. Beeing one of the pages with the biggest reach per user, The Silverwood Theme Park posts the least with 1.1 contributions a day. What’s impressive is that these parks have large fan bases. Sure, not multiple millions like Disneyland does, but the majority is well above 100k.

Other companies should adjust the amount of content they publish. Increase or reduce it, depending on how much they currently publish. Posting between 1.6 to 2.5 times a day will generate the most success.

Something that surprises us is how popular link posts are. The medium generates more reactions than picture posts do. The same applies for videos published on Facebook. Why either medium is used so rarely is something we don’t really understand. Our advise would be: analyze your page separately. If this applies for your pages as well, mix in a couple more links. If two different post types end up being this successful you should try to establish a decent mix.

Good, but not perfect

Generally the pages do a fine job when it comes to making sure that as many people as possible see their content. However, considering the fact that there are almost no bad times for them to post something this becomes significantly less impressive.

Whether they publish something in the morning or the afternoon, it doesn’t seem to matter much. Especially on Thursdays it’s almost irrelevant. They will always end up receiving a truckload of reactions. Apart from the early mornings which is the time they post the most. It’s not a lot of content that is wasted. But if you can make sure that every single post receives a lot of reactions why not do it? A few adjustment definitely have to be made. But in general most of the pages know what they are doing.

A large chunk of the content consists of lotteries. There are even pages that host Monday Morning Giveaways and hand out stuff at least once a week. Time for our Monday Morning Giveaway! LIKE and SHARE for your chance to win an overnight stay in our golf villas!

It’s not surprising that these posts generally are the most successful ones. People love free stuff. But from time to time a post like this one will make it to the top 10. Unfortunately it happens rather rarely. We are super excited to announce that we have pregnant gorillas…yes that’s plural!!! Both Alice and Dara are expecting. You can read more about it on our webpage. http://www.comozooconservatory.org/news/como-zoo-announces-gorillas-yes-plural-are-expecting/

What we were missing were posts with a personal touch. Pictures from behind the scenes or of the parks employees. Happy customers or memorable moments. Most pages take the easy road constantly handing out prizes or simply informing potential customers of upcoming events. A strategy that might require revisiting.

Too many tweets for most people

On Twitter the pages have way less fans. Walt Disney World ends up with 1.3M followers. Thats about 9% of its fan base on Facebook. That doesn’t look any different from most of the other theme parks. The Disneyland Resort (600k), Universal Studios (155k), SeaWorld (83k), Cedar Point (71k), LEGOLAND California (40k), Kings Island (34k), Busch Gardens (29k) and another Busch Gardens (28k) lose quite a few supporters as well.

But why is that? Maybe it has something to do with the amount of content the accounts publish. Twitter is a faster, more engaging social media platform than Facebook. If someone posts three times a day on his Facebook page most people will already be annoyed. We showed earlier that the perfect amount contributions is between 1.6 and 2.5 per day. And that might be the problem.

On Twitter the pages post 2.3 times on average. That means that there are a lot of companies that will end up posting more. Walt Disney World publishes 17 tweets every 24 hours. Maybe that’s one of the reasons why not only the fan base is smaller, but the engagement can’t get past 1% either.

A lot of pages are doing well on Facebook. There still is a lot of room for improvement though. Too much content is wasted and could reach way more people if it was timed properly. Additionally: most pages post either too often or not often enough. Adjusting the amount of content you publish might make a gigantic difference in terms of success.

Twitter looks a little bit different though. Some try too hard, some not at all. Barely anyone does it right. Pages need to engage their customers more often. Answer their questions. Ask how they liked the trip. Barely anyone does that and it shows. Reach and engagement are incredibly low. Neither has to be. The pages need to analyze the behaviour of their customers more often, or else they will never be successful.