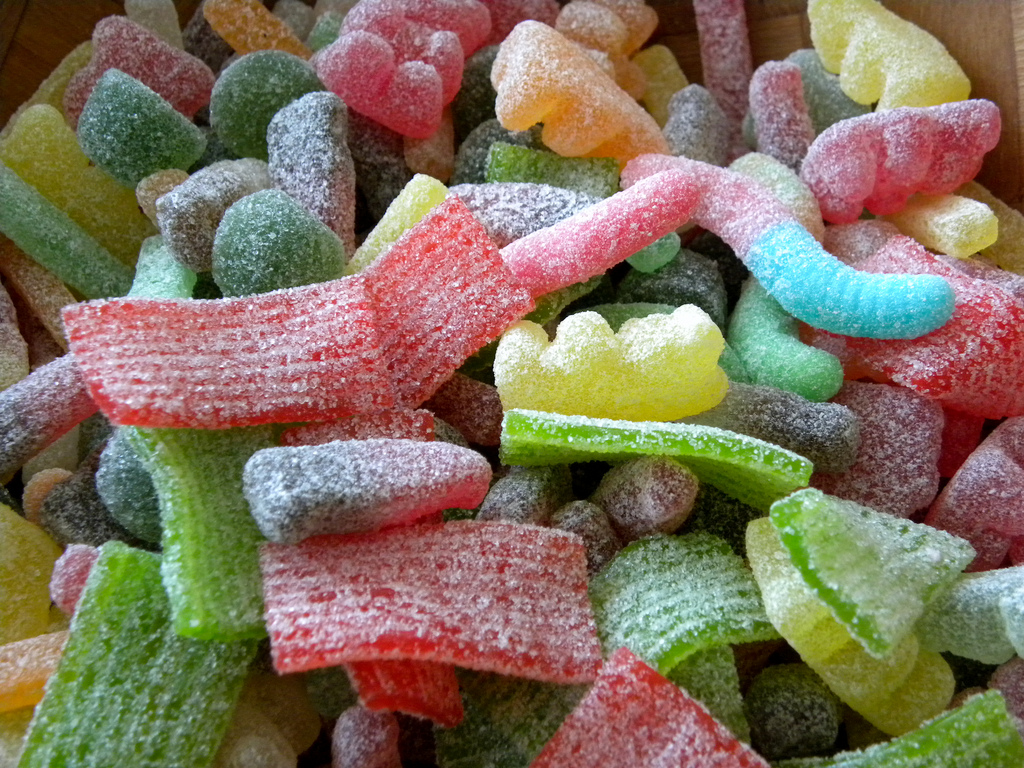 Last year we had a closer look at many candy companies and ended up being pretty disappointed with the results. The effort they put into their Facebook pages wasn’t the best. Which probably was one of the reasons why their fans rarely could be bothered to give feedback or react to content. Has that changed over the course of the last 12 months? Or is it still the same? We are going to find out.

Little to no input

The gum industry takes a hit. Of the four companies that lose fans on a weekly basis three sell chewing-gum. Why Hubba-Bubba (-0.02%), Stride Gum (-0.02%) and Orbit Gum (-0.01%) keep decreasing is size is hard to tell. The fact that two of those companies published absolutely no content over the last month might be the reason. But that can’t be all there is to it. This seems to be a common practice among big candy companies. Pringles, as well as Lay’s refused to post something but got rewarded for it with 0.3% growth.

In terms of content the industry generally seems to hold back. Only 0.4 posts per day on average, most of it being rather simple product advertisements. Pictures are use for almost everything and make up for 83.5% of all posts. The second most used medium are statuses.

The engagement is as low as it used to be. About a year ago we complained about boring posts that lead to unsuccessful pages. Little did the situation change. On average 1 in 1000 users reacts to a post. A pretty abysmal figure considering how much potential most of them have. Small companies tend to have to receive the most reactions. This isn’t surprising anymore as soon as you take a closer look at the companies post history. Mike’s truck collided with this screech owl late one night a few weeks ago. He got out and picked up the unconscious owl and put it in his truck. The owl regained consciousness while he was driving back home. Before the owl was sent to the owl hospital, we got to enjoy the simple awe of having an owl hanging out with us in the office. Not exactly a potato chip post, but please know that we …

big pages either refuse to publish something entirely or My BFF takes her Skittles with her when she travels through time and space.

One might think about simply posting at a different time. That usually helps to increase the success of your content. Not in this industry though. Yes, there is room for improvement. But apart from monday afternoon (14-16h) barely any of the content could be timed better. Especially Wednesday and Friday make us believe that quite a few companies are already using a social media tool that helps them analyzing Facebook .

The service level is average at best. Only 59% of all user posts receive a response. It takes companies 29h to react, which is a pretty long time. The few companies that really stick out are Sour Jacks (100%/8.8h), Kettle Brand (98%/15h), Peeps (96%/14h), Butterfinger (84%/0.6h) and Reese’s (80%/13h). Most of these companies are different because they have quite a few posts to react, making a high service level way more impressive.

Keeping up a high service level if a page only has to deal with 5 posts a month is far from being impressive. However, if the pages have to react to over a hundred it can actually be considered an achievement worth noting. Butterfinger probably is one of the best examples. They managed a decent service-rate and an exceptional response time even though having to react to 186 posts in the last 28 days.

Almost nothing changed. The content posted by most pages is still repetitive, boring and without any personal touch. The lack of support probably is another reason why growth, as well as engagement and post interaction, are still low. Nothing will change unless the companies start to invest more of their time into improving the quality of their communities.

Most companies seem to think that it’s enough to simply register on Facebook. But they have to realize that this is only the first step. Hubba Bubba shows how fast you can end up losing loyal fans because of neglecting them.