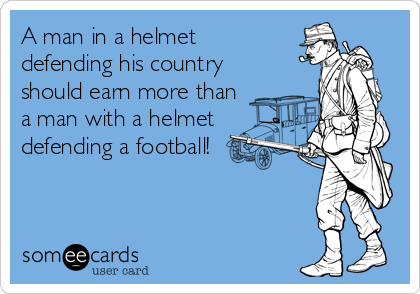 Many pages run into trouble when trying to figure out what to post. But what do you do about it? What can you publish when you have nothing to post that is directly related to your company and it’s products? Many pages end up posting phrases, written on a colourful background. Here are 4 popular types that commonly use and a few tips for using them properly. Especially in the USA you noticed high success rates as soon as a post is related to religion.  It is one of the most commonly used ways to make people pay attention to your content and we already talked about it multiple times. It’s generally well received but has a substantial weakness: they don’t promote conversations. People always like and share them, but never really engage the topic itself. To us it seems like this form of content is something you see and react to out of habit. Not because it’s something special.

The vast majority of people who react to posts such as this are female. Pages should definitely try to make this form of content more memorable. This way they might be able to reach men more often and possibly increase their reach by a substantial amount. Other pages certainly know how to do that. Something to think about this Veterans Day.Let us know what you think about it here: http://bit.ly/1szDfyD

This is a really controversial picture that made almost 5,000 fans write a response, involving many arguments that involved more than 100 comments each. We assume that the page was fully aware of how illogical the comparison is, so this can be considered a pretty clever marketing stunt. This sort of content in memorable, even if it’s for the wrong reasons. It will pull in all of your fans since it’s something almost anyone will have an opinion on.

Another good example are posts that have a more personal touch.

3. Something people can relate to This phrase combines two things. Not only is it something that is supposed to describe a massive group of people, which is controversial in itself, but it also does so in a pretty questionable way (at least that’s what the discussions imply). Most people probably thought that this was supposed to be a joke. A lot of women stated that this is something no guy would ever think, while a lot of males basically approved of their statements. This is a topic that will motivate both genders to to participate in an argument and something the page can use to reach a majority of their fans.

Last but not least is one of the most common ways to collect feedback.

4. Trying to be funny The page states something that is obvious to anyone, yet still funny. One of these two things was all over the news, the other hardly noticed. This form of content appeals to both genders as well. But in a different way. It’s legitmately funny and all people end up making fun of the topic.

Controversial phrases are the best way for you to catch their attention because they are things that pull people in. They are independent from gender and will appeal to both factions the same way. This is really important when your goal is to maximize reach.

Have fun with the Top Posts of week 46.

Jovian the lemur, better known by his stage name Zoboomafoo, died Monday at the age of 20.5 at the Duke Lemur Center, where he spent his entire life. A Coquerel’s sifaka, Jovian starred in the PBS KIDS show Zoboomafoo hosted by Chris Kratt (left) and his brother Martin (Duke ’89) from 1999 to 2001. “He was very social and calm,” Martin said. “He was young and good-looking and very gentle.” Jovi…

WOW! What an amazing work of art! If anyone knows who the artist is, let us know.

COCONUT OIL KILLS BACTERIA, VIRUSES AND FUNGI IN/ON YOUR PET!Ranked in the top 10 most important food medicines, coconut oil is a must add to your pet’s diet! With over 13 Evidence-Based Medicinal Properties, the one we love the most is its yeast-bustin’ abilities!Almost 50% of the medium-chain triglycerides found in coconut oil are lauric acids, saturated fatty acids that our bodies conve…

{GIVEAWAY ALERT} We’re giving away TWO family 4 packs of tickets to the Kirbyfamilyfarm Christmas Express! To enter, tag ONE friend in the comments section below. On Friday, November 21st, at 9AM, we’ll pick one comment at random and the person who commented AND the person tagged in the post BOTH win a family 4 pack of tickets on the date of their choice! You MAY enter more than once as long a…

So true! Thanks to Corynne for sending!

Let’s have a FLASH GIVEAWAY shall we?!Comment on this post AS MANY TIMES AS YOU’D LIKE (make sure you vary what you’re typing so Mr Facebook doesn’t mark you as spam!) from now until 8pm. I will say STOP at some point during the hour (please don’t start getting mad if you’re commenting for a while! It’s meant to be a bit of fun!)The person above my STOP comment will win a MAGNET OF THEIR CH…

IT’S COMPETITION TIME! Fancy winning a set of the Sonik SK3 XTR Carp Rods? Then simply ‘Like & Share’ the picture below to enter the prize draw. One lucky winner will be drawn at random on the 21/11/14. Tight lines and good luck!

Are you and your furry friend stocked up for #JerkyDay yet? We can help with that! We’re giving away FREE treats while supplies last! http://puri.na/WTJerkyDay

FOUND: Missing 13-year-old Alayshia Williams-Hynes has been located and is with her family. Thank you to our WKRG Facebook fans for spreading the word about her disappearance!

Would you like to spread kindness and send a smile to someone you love? And bonus – at no cost to you? The ACCU-CHEK® To experience is giving YOU the opportunity to send an ACCU-CHEK To experience box – complete with a code for a free 50-count box of ACCU-CHEK tests strips – to a loved one. The first 1,000 givers to go to myboxto.com/give can send a box – for free – to a loved one today. Hur…

It looks like a normal car, right? These new vehicles are being sold right here in Texas. Watch this amazing video now. Alex Villarreal on FOX 7 talks to the company on FOX 7 News at 9pm & 10pm.

For all your friends that say winter shows that “global warming” doesn’t exist.

75 FAVORITE CHRISTMAS COOKIE RECIPEShttp://kidsactivitiesblog.com/63665/christmas-cookies-introMy mom always gave cookie plates as gifts at Christmas which had the bonus of lots of cookies always baking at home during the holiday season.

SHALL WE DANCE? A paraplegic veteran who served in Afghanistan pulled off a wedding surprise his wife will never forget, by joining her for their first dance without his wheelchair.WATCH THEIR FIRST DANCE –> http://abc30.tv/14dm0hj

Introducing our Christmas ad ‘Christmas Is For Sharing’, made in partnership with the Official Royal British Legion. It’s inspired by the extraordinary story of 1914 Christmas truce.The chocolate bar that features will be available to buy in your local Sainsbury’s from tomorrow morning. It’s £1, and all profits will be donated to the Royal British Legion.#ChristmasIsForSharing

In case you weren’t in Boulder today here is the weather sequence perfectly captured by aerospace engineering student Chris Nie and shared in Twitter (https://twitter.com/christophernie/status/531955600465203200).