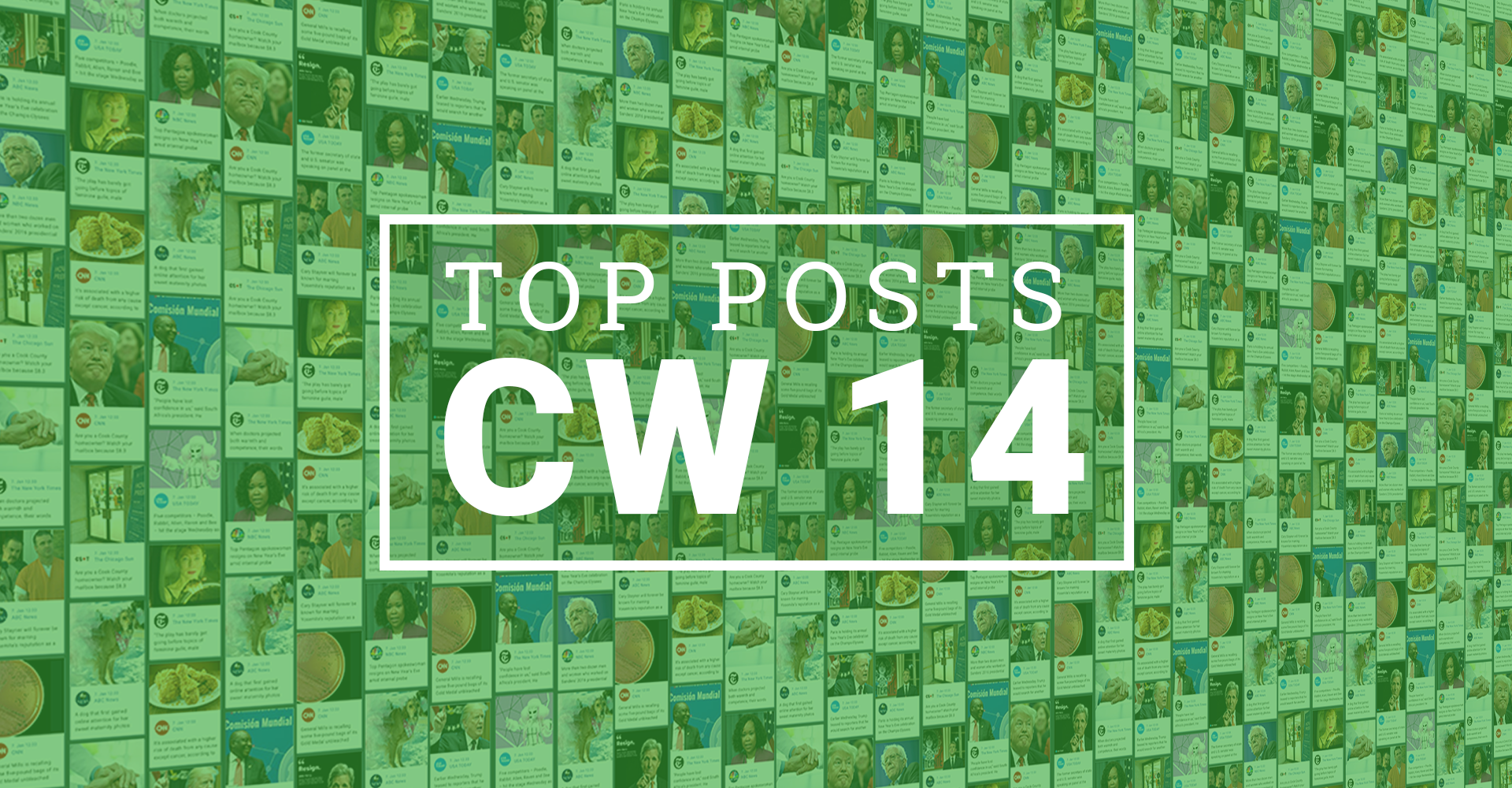 The first week of April shows that it can pay to use content in a variety of ways to market a new product.

Marvel promotes the movie start of Avengers Endgame according to the motto more is more. In the past week alone, the site posted eight posts to push the attention for the film (and this only includes posts on the Marvel Studios Page). Five of the posts made it into the top 10. The content was presented in different ways.

For one, there is the classic movie trailer. The video was the most popular with 228,800 interactions.

Then there is a photo gallery showing the stars of the movie at an event in a Disney Adventure Park. Stars in combination with children in superhero costumes melt the user’s hearts. This got 49,700 interactions.

With another picture gallery of the posters for the film, Marvel reaches almost as many users. There were 37,700 interactions.

Last but not least, Marvel released a behind-the-scenes teaser with comments from the actors to increase the excitement even further. Again, there were 36,400 interactions made.

4/6/19
18:00
Marvel Studios
“These are the highest stakes that the Avengers have ever faced.” Watch this behind-the-scenes look with the cast of Marvel Studio’s Avengers: Endgame. See the film in theaters April 26, get tickets now: www.Fandango.com/AvengersEndgame

The different types of posts press different buttons among users and fans, so the harvest of interactions is even greater. Of course, the post frequency also plays an important role. A total of 352,600 interactions was collected by the page so far with its four posts.

Find the top posts on your topics

Want to find out what the top posts on Facebook and Instagram are about your topics and your industry? With Fanpage Karma Discovery you can easily and quickly create your own rankings.

Top Posts of US Brands

All top posts of the 14th calendar week with all key figures can be found here.

4/1/19
15:27
Duluth Trading Company
Time’s short during the building season, and you need fast-dressing function that won’t let you down. Just step in, button and get hammering through your workday in the DuluthFlex Fire Hose Romper.

4/3/19
14:02
McLaren Automotive – The Official Page
Convention. Tradition. Rules. They might hold others back, but not McLaren. A new kind of Grand Tourer is coming soon. #NEWRULES

4/6/19
18:00
Marvel Studios
“These are the highest stakes that the Avengers have ever faced.” Watch this behind-the-scenes look with the cast of Marvel Studio’s Avengers: Endgame. See the film in theaters April 26, get tickets now: www.Fandango.com/AvengersEndgame

4/2/19
14:55
Mountain Dew
We’re just a few days out from Game of Thrones premiere on HBO. And we got a few friends to help us celebrate Mountain Dew #LetsDo #ForTheThrone

4/3/19
20:39
Marvel Studios
In celebration of Captain Marvel soaring past the $1 Billion mark at the global box office, check out this brand-new poster by artist Tracie Ching. #HigherFurtherFaster

4/2/19
14:34
Marvel
“It’s not about how much we lost, it’s about how much we have left.” Tickets are now available for Marvel Studios’ “Avengers: Endgame,” in theaters April 26: www.Fandango.com/AvengersEndgame

4/7/19
14:05
Mountain Dew
Winter is here… and our cans are BACK. Don’t miss out on the last chance to snag your very own limited edition Game of Thrones Mtn Dew can. 18+, Ends 4/7/19. Rules http://bit.ly/mtdchnn Enter by: 1) Tell us what you’d sacrifice using #ACanHasNoName #ForTheThrone #MTNDEWsweepstakes below 2) Click here for your chance to win https://for-the-throne.fooji.com/#start And don’t forget to catch the Final Season on April 14th on @HBO.

4/3/19
23:06
AIG
We’re committed to creating a workplace culture where anyone can feel like they belong. And we’re proud to earn 100% on the Human Rights Campaign’s Corporate Equality Index for LGBTQ-inclusive policies. 💯 🥇

4/3/19
15:00
Gearbox
Borderlands 3 arrives on Xbox One, PS4, and PC on September 13, 2019! Tune in to the Gameplay Reveal Event on May 1st, where we’ll debut the first hands-on looks! Pre-order now to get the Gold Weapon Skins Pack! #MayhemisComing #Borderlands3 ➜ https://borderlands.com

4/1/19
12:01
Jeep
The “Find Your Freedom” contest is here. Pre-order a Jeep Gladiator Launch Edition truck and you could win $100k to take a year off and enjoy it. Visit https://bit.ly/2V5PoRE for more details. #4x4Day #GladiatorIsBack

4/3/19
16:39
ALDI USA
When it comes to plastics, know that we’ll keep doing more to generate less waste. For 40+ years, we’ve never offered single-use plastic bags at ALDI, and by 2025, all ALDI-exclusive products, including plastic packaging, will be reusable, recyclable or compostable.