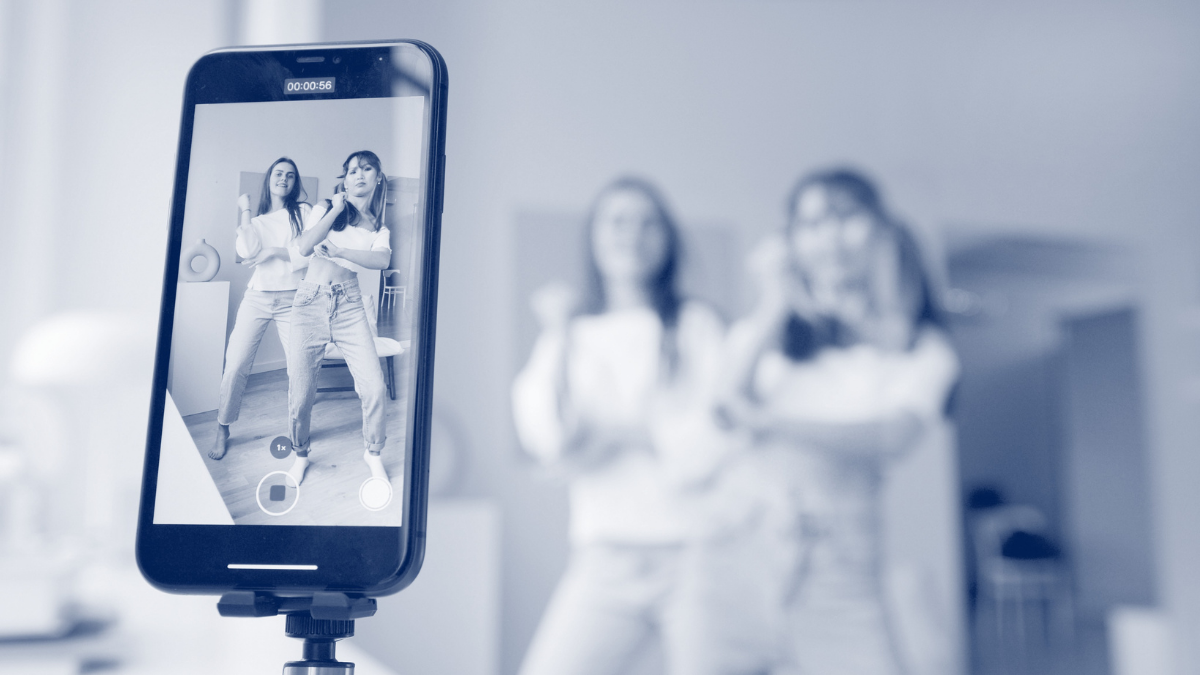 With more than 1 million monthly users in more than 150 countries, TikTok is becoming an increasingly interesting platform for businesses and creatives to reach new audiences. Just across the United States the app has already been downloaded more than 200 million times. With a single video, businesses can attract hundreds, if not thousands, of potential new customers on TikTok.

We did some research and compiled a list of the top 10 funniest TikTok profiles for you.

Khaby Lame loses his job and joins TikTok when the Corona pandemic breaks out. Today, he is one of the world’s most successful TikTokers, with more than 76 million followers. In his videos, Khaby pokes fun at life hacks. The man for simple solutions uses a shoehorn when others build cumbersome devices, or opens the car door to free a jammed shirt when others grab a pair of scissors.

Literally overnight, Sarah Cooper became TikTok’s most famous Trump impersonator in April 2020 after her video “How to Medical”, in which she lip-syncs the president’s infamous remarks about eradicating coronavirus through UV light in the human body, went massively viral. Because there’s an endless supply of audio clips of Trump, Cooper has made imitations her standout. She’s also incredibly good at it.

Kylen has the knack for catching users with his sketches and has already created a number of viral videos. He has an impressive 600 thousand followers and is becoming increasingly popular for his good sense of humor and funny content. In this video Kylen makes a joke about online schools and final exams.

If you like Jim Carrey you’ll love Adam Waheed. There’s a reason this guy has nearly 7 million followers: He’s basically a walking sketch show. Adam consistently posts hilarious content that makes everyday situations comically over-the-top. He started on Vine, moved on to Instagram, exploded on TikTok, and continues to reach more and more users there.

Since joining the app, he has amassed over 3 million followers. This is making Mitchell Crawford one of the most followed comedic TikTokers. His contributions include mainly funny sketches. In one of his latest videos, he pokes fun at moms who take pictures of birds out their windows. Be sure to follow!

Conner Wood is the king of comedy on TikTok. His first-class sense of humor and wordplay have earned him over 600 thousand followers and rising! His TikToks provide a look into coastal California life, but with a comedic twist. In this hilarious TikTok sketch @fibulaa plays ping-pong with his coffee maker. For more puns, skits and laughs, it’s worth checking out @fibulaa.

Better known as “Kombucha Girl,” Brittany is one of the most well-known TikTokers. She gained her fame through a viral, funny video in which she tried kombucha for the first time and has been a hit on the platform ever since. In this hilarious video, she tells the story of the time she got a bad haircut.

Kat is known for her funny TikTok videos and collaborations with other humorous TikTokers. Her posts have original sketches, good jokes, and clever reactions to comments. With over 5 million views, the following video shows Kat’s humor and why more than 312 thousand users follow her – and counting.

With a mix of comedy and creativity – and a hefty dose of athleticism – Daniel LaBelle is going viral and gaining followers as fast as he walks up a flight of stairs. He has more than 18 million followers on TikTok and nearly 4 million on YouTube and Instagram combined. From the need to present himself in a different light as a photographer during the pandemic, Daniel has become a successful TikToker.

Especially during the holiday season 2020, Kate became a hit on TikTok. Her videos usually focus on vacation comedy, as she is known for watching baking videos for the holidays and guessing what the final dish will be using jokes and humorous comments. Here’s a perfect example why Kate is so funny and has already gained more than 1 million followers on TikTok.

If you want to laugh, TikTok is the place to be. The network has become home to thousands of hilarious videos that delight users. TikTok videos are slightly longer, allowing more time for engaging content and showcasing products. TikTokers are known for getting creative with their sketches including dances, popular sounds, and adding props. Companies shouldn’t miss out on this opportunity. Use the polarizing platform to show your brand’s funny side and convince your target audience of your offerings with humor and charm!

Did we forget your favorite TikToker? Let us know in the comments!