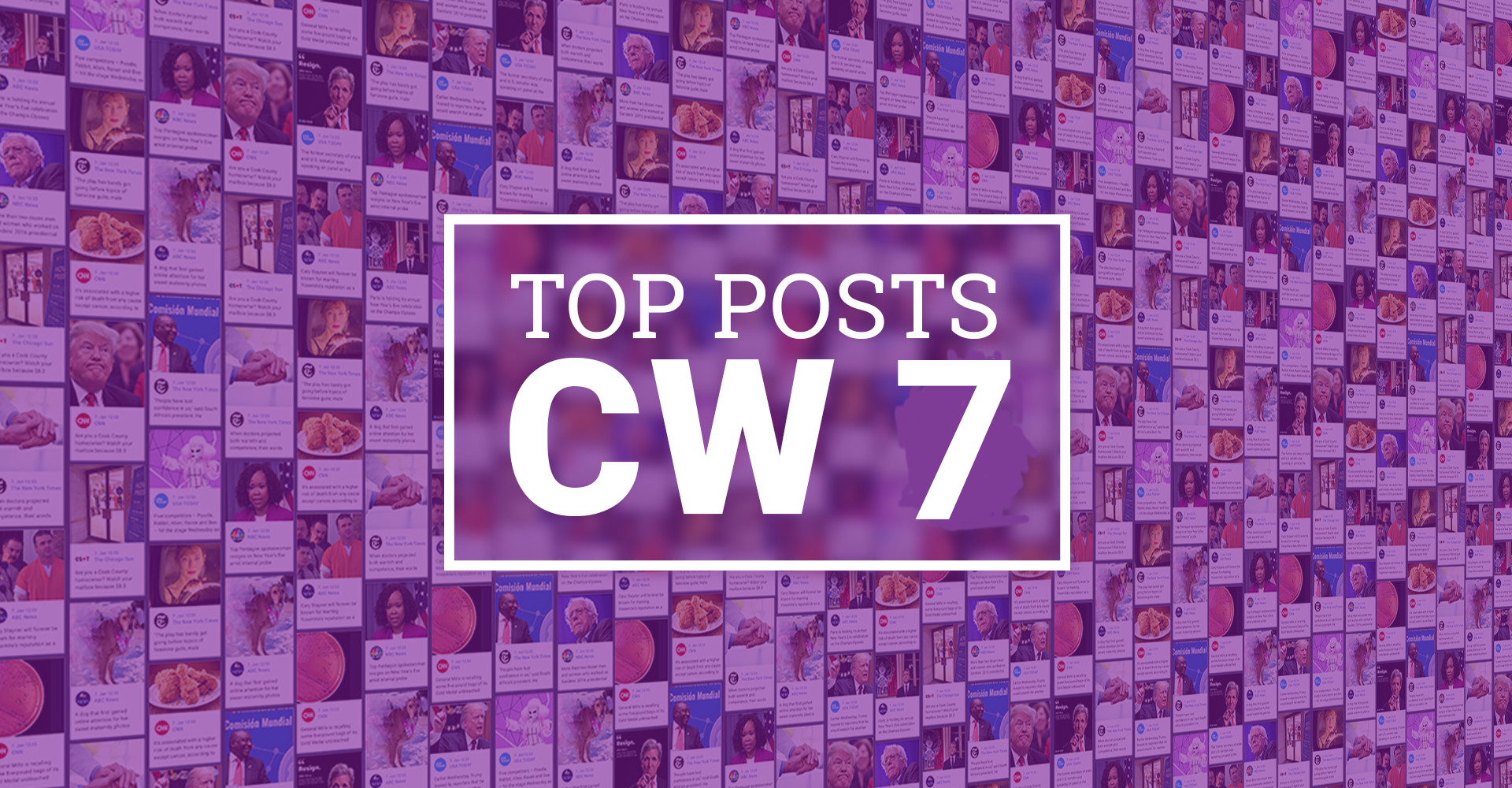 Sports pages on Facebook are really busy. The fans are very enthusiastic and respond accordingly to posts. We took a closer look at last week’s top posts to see which types of posts were especially successful.

Personal Messages are most popular

When athletes post about victories, defeats, or training updates on their own profiles, the fans really appreciate it. When they share personal stuff, however, the fans love it even more. Last week football pro J. J. Watt posted a picture of himself and his great-grandmother after her demise. The post got 110,000 reactions.

2/11/19
02:23
JJ Watt
Rest peacefully beautiful soul. Thank you for being the guiding light of our family for so many years. 101 years is a truly remarkable run and we are so grateful to have been able to spend the time with you that we did. I love you Great-Grandma. You will be forever missed.

Three Valentine’s posts made it into the top ten last week. Conor McGregor and LeBron James posted pictures of themselves and their sweethearts. The NHL posted a cute video in which a young fan got a puck and a photo from Mitch Marner after asking him to be her Valentine’s.

Especially since the introduction of Facebook Reactions, emotional posts like these are getting many reactions. The Love button makes it easier for users to express their feelings. The three Valentine’s posts received a total of 34,500 loving reactions.

The sooner the better

The social media team from the NBA acted quickly. Just minutes after Jason Tatums win of the Taco Bell Skills Challenge, the page posted a video of the last moments of the contest and therefore benefitted of the euphoria of the fans on Facebook. This is called seizing the moment.

2/17/19
02:46
NBA
Half-Court Shot for the WIN 😱 Jayson Tatum drills 3-pointer from the logo to edge Trae Young and win the #TacoBellSkills Challenge!

Whether joy and celebration or sadness and anger, in sports, the minds are heated like in no other industry. This is clearly evident in the interactions on sports pages on Facebook. On average, posts from NHL clubs receive 110 reactions (Likes excluded) per post and a post-interaction of 0.11%. By comparison, in the fashion industry, there are only 67 reactions per post and 0.04% post interaction.

So you can say: The more emotions a post stimulates with the user, the greater the reaction.

Find the Top Posts on your Topics

Want to find out what the top posts on Facebook and Instagram are about your topics and your industry? With Fanpage Karma Discovery you can easily and quickly create your own rankings.

All top posts of the seventh calendar week with all key figures can be found here.

2/11/19
02:23
JJ Watt
Rest peacefully beautiful soul. Thank you for being the guiding light of our family for so many years. 101 years is a truly remarkable run and we are so grateful to have been able to spend the time with you that we did. I love you Great-Grandma. You will be forever missed.

2/15/19
12:54
Floyd Mayweather
In light of the most current boycott and digital outrage, I wanted to take the time to address a couple of issues that I myself have trouble wrapping my mind around. For instance, why would we (as a people) agree to a temporary boycott of Gucci for merely 3 months if what was done caused so much strife? Why wouldn’t we agree to a permanent boycott of Gucci as well as all other merchandise that fall under the Kering ownership, such as YSL, Balenciaga, Alexander McQueen and more? I’ll tell you why… it’s because in this day, celebrities and failing artist pick and choose the hottest trending topic as a means of seeking attention and using fake advocacy as their platform when their “talent” no longer benefit them. It’s common knowledge that these luxury brands aren’t being purchased on a large scale by the Black Communities that you portray you’re advocating for, yet you use the emotions of our people that are already suffering with countless issues within their own home-front that you conveniently pay no regard or respect to. The same celebrities stirring the pot over brands that they, without doubt, will continually buy, are the same artists that inject rap lyrics fueled with drugs, murder and sexual promiscuity into the very Black Communities you’re pretending to care so much about. These same celebrities are proud deadbeat fathers and unfaithful husbands using their platforms to rally the troops against luxury brands yet, have been the prime contributors of influencing the destruction of our people by way of their musical content and imagery. Should we boycott their music and record labels as well or do we learn to communicate and bring solutions to the problems we’re facing as a whole? As a retired, wealthy and successful man that has promoted a Drug & Alcohol Free lifestyle, yes, I am a connoisseur of fine quality and top of the line brands; however, unlike many of these “New Money” celebs, I never forgot where I came from! Decades before @Dapperdan became a designer for Gucci, I supported his work and creativity consistently and never stopped. Not many of you can say that! Most of you took your money into the same high end boutiques and didn’t think twice about leaving our Brother and Legendary Designer behind until Gucci put their stamp back on him and that’s where your hypocritical outrage should be. Bottom line… If you know better, do better! Start with your own homes and the content that you mass-produce and sell to your very own. Take a look at how you’re representing your people first before asking someone else to do so!

2/17/19
02:46
NBA
Half-Court Shot for the WIN 😱 Jayson Tatum drills 3-pointer from the logo to edge Trae Young and win the #TacoBellSkills Challenge!