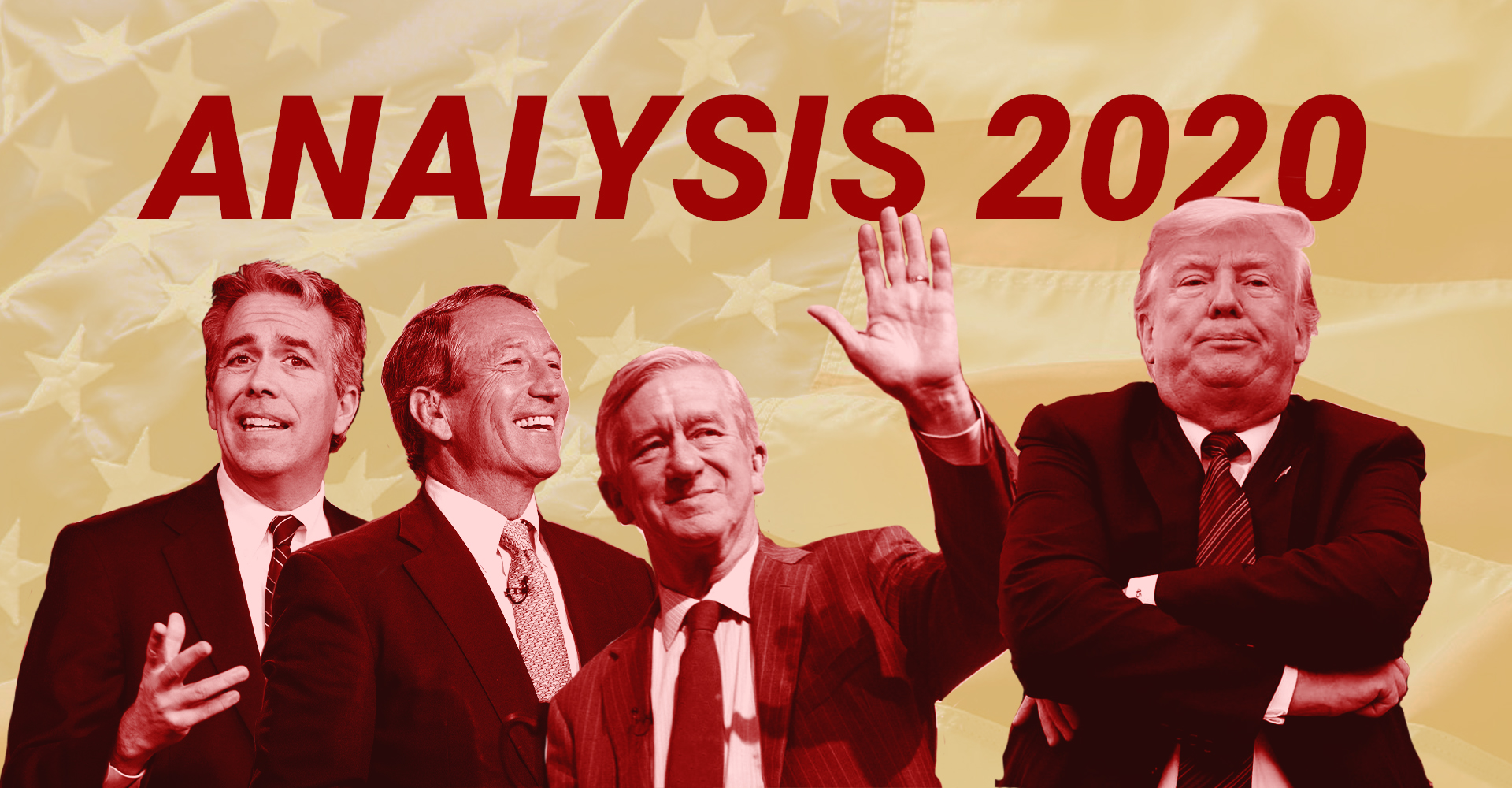 The 2020 primaries will decide who has a chance at becoming the next president. Due to the whistleblower complaint, which makes the launch of impeachment almost certain, the question arises if Trump is the best candidate for the republican party.  But do any of the other candidates stand a chance at beating Trump? Here’s a social media analysis to answer the question.

By comparing the number of followers with the engagement rate, the frequency of posts per day and the total number of all social media interactions (likes, comments, shares) of the candidates, their success on social media can be analyzed.

Trump truly is the king of social media, when it comes to followers. Everyone knows at least one of Trump’s infamous tweets, which made him become such a social media legend throughout the world. With 64 million followers on Twitter, he has made tweeting an absolute must for politicians. In contrast to Trump, Sanford, with 20-70 thousand fans is hardly known. Even though Weld and Walsh each have roughly one million followers on Facebook and Twitter, Trump holds a substantial lead over both of them.

Walsh Engages more with His Followers than Trump

With a frequency of about 19 posts per day, Trump interacts only slightly more with his fans than Walsh. In contrast to Trump and Walsh, Sanford and Weld hardly interact with their followers at all, by posting less than one post per day. While analyzing engagement, it is important to mention that it is easier to achieve higher engagement rates, when you have fewer followers, because interactions take place in more of a personal atmosphere. Therefore, Trump’s average engagement rate amounts to about 2.5%, which is still pretty good for a profile of his size. With an average engagement rate of 34.5% on Twitter, Walsh easily beats Trump. Weld is able to achieve an engagement rate of 4.8% on Twitter, whereas Sanford hardly produces any engagement.

Walsh Drives His Followers to Interact with Him

To sum up, Trump is able to produce the most interactions because of his large fan base. Therefore, he has the most success on social media. Walsh might not have as many followers as Trump, but he interacts considerably more with them, which usually results in social media growth. If Walsh keeps his engagement rate as high as it is now, in the future he might become a formidable opponent to Trump.

In conclusion, it is quite obvious that Walsh, at least for the moment, does not pose an actual threat to Trump, unless Trump gets impeached for misconduct. Weld and Sanford were not able to generate as much interaction as Walsh, which is mainly because they don’t post as much. By failing to interact with their fans, they also miss the opportunity of giving their fans a chance to interact with them. Similarly to the output of this analysis, in reality hardly anyone knows Sanford, Walsh and Weld in comparison to Trump. Investing more effort and time on social media could help them to change that.

If you liked the article then stay tuned, as there will be another social media analysis of the democratic candidates.

If you would like to do some of your own social media analysis then you can test Fanpage Karma now for free. Just click the link below.