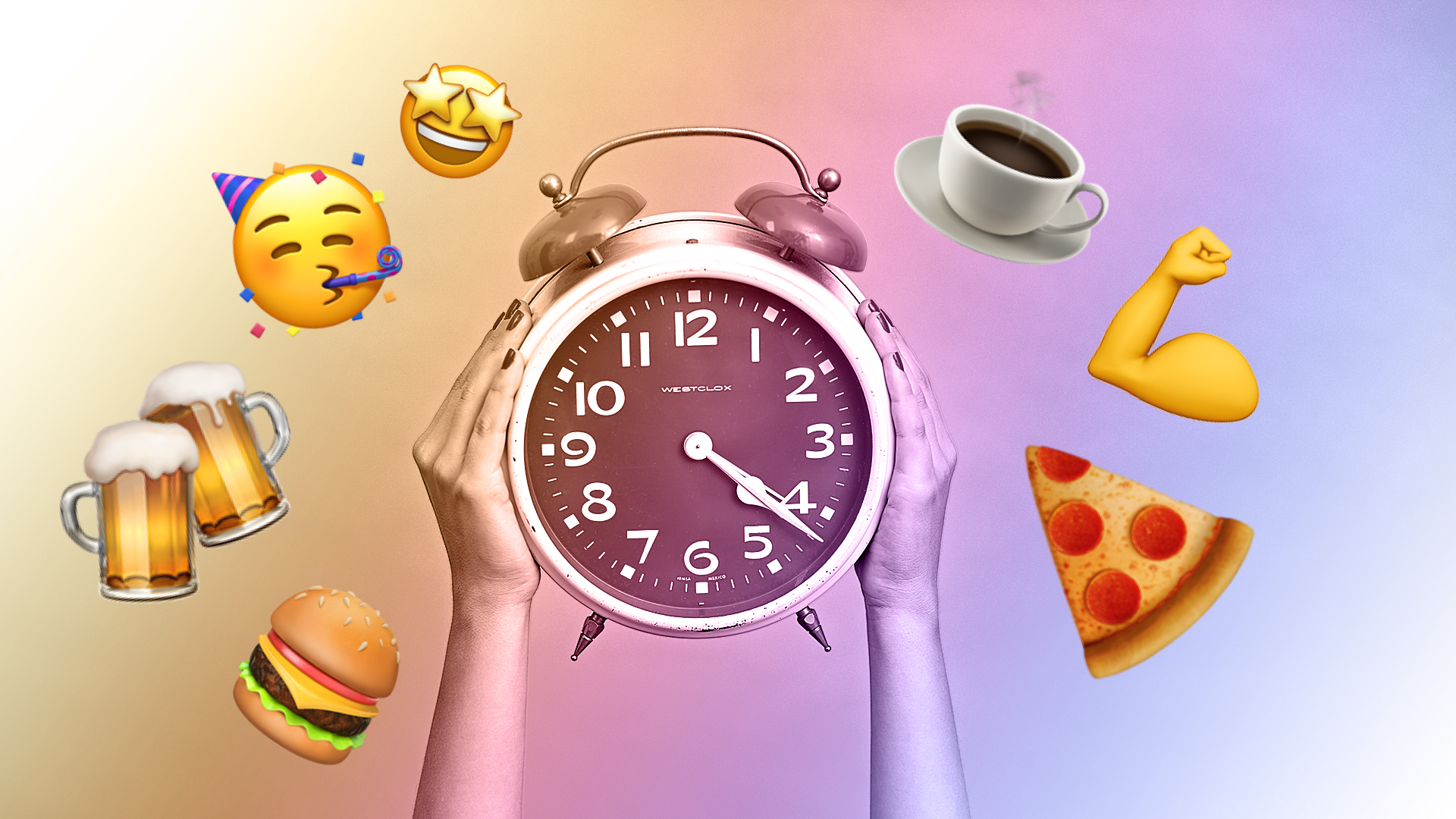 The classic Instagrammer drinks beer and wine five nights a week, dreams of travelling in the morning and likes to eat burgers on Saturdays. That is, if you trust the hashtags used in the posts during the week. We present to you the classic Instagram week!

The Early Bird Catches the Worm

The early morning belongs to fitness freaks. Between 6 am and 10 am fitness hashtags are used a lot.

Whether on the way to the gym, during a jog, still sweaty or already showered, the smartphone is always at hand and ready to use. Especially strong are Mondays, Tuesdays and Fridays. The Instagrammer is also active after work. Between 6 pm and 10 pm, hashtags such as #fitness, #gym, #workout, #training, #fitfam, #bodybuilding, #crossfit, etc. are piling up again. Only on Sundays the Instagrammer seems to give his body a break.

When it comes to soccer, on the other hand, the users don’t seem to be active themselves. It can be clearly seen that the activity is enjoyed from the couch, as the frequency of posts quite accurately reflects the match schedule of popular sports events: Saturday afternoon, Friday evening, Sunday evening, etc.

One Coffee a Day …

It is #coffee time between six and eleven in the morning. To-go on the way to #work or next to a #healthybreakfast, the hot brew is present throughout the week. It is clearly recognizable that people are sleeping longer on the weekend. Wake-up hours are pushed back to 8 am on Saturdays and to 10 am on Sundays.

Do you know which hashtags you should use to get more reach in your industry? With Fanpage Karma you can analyze the social media profiles of your competitors. Start your free two-week-trial now!

In the Morning Nourished, in the Evening Discouraged

Hashtags like #healthy, #healthylifestyle or #vegan, which the Instagrammer uses to tag health-conscious content, are strongly used in the mornings and decrease significantly over the course of the day. Especially Wednesdays through Sundays after 9 pm they hardly show up at all. Coincidentally, at the exact same time that the #burger rises to its moment of glory.

For junk food, it’s exactly the opposite. As the day progresses, posts about fast foods like #pizza, #fries or #bacon become more and more frequent. Pizza is more popular at daytime, whereas burger hashtags are piling up in the evening hours. Strangely, Tuesday mornings count more pizza hashtags than any other day of the week …

It is hardly surprising that music and party hashtags are strongest at nighttime. Between 12 am and 4 am, their density is higher than at any other time of the week. Interestingly, party hashtags are not strongest on Saturday nights but on Thursdays. Good to be a student…

Limiting the results to the topic wine and beer, it can be stated that evenings between Tuesday to Saturday count more posts than Sundays and Mondays. Again no surprise, alcohol enthusiasts take a well deserved break now, as they were eagerly posting on Friday from 4 pm on and on Saturday even from 2 pm on.

Sunday Mornings Belong to the Family

While coffee drinkers, party makers and even fitness freaks sleep longer on Sundays, there is a group of users who also go full throttle on Sunday early in the morning: parents. They dominate the morning hours on the weekend. Family hashtags are most commonly used on Saturdays and Sundays before 7 am.

Early-active toddlers are particularly popular photo motifs. Who wouldn’t want to get up a bit earlier for them? It is nap time between 11 am and 5 am. That’s what the hashtags suggest, as there are only few posts to be counted on the family topic.

Want to Know Which Topics are Important to Your Followers?

Analyze your social media profiles and find out what’s the best way to reach your audience. Watch your competition in real-time and discover their tricks. Try it now!

You can try Fanpage Karma for free for a full two weeks together with your whole team. TEST NOW!