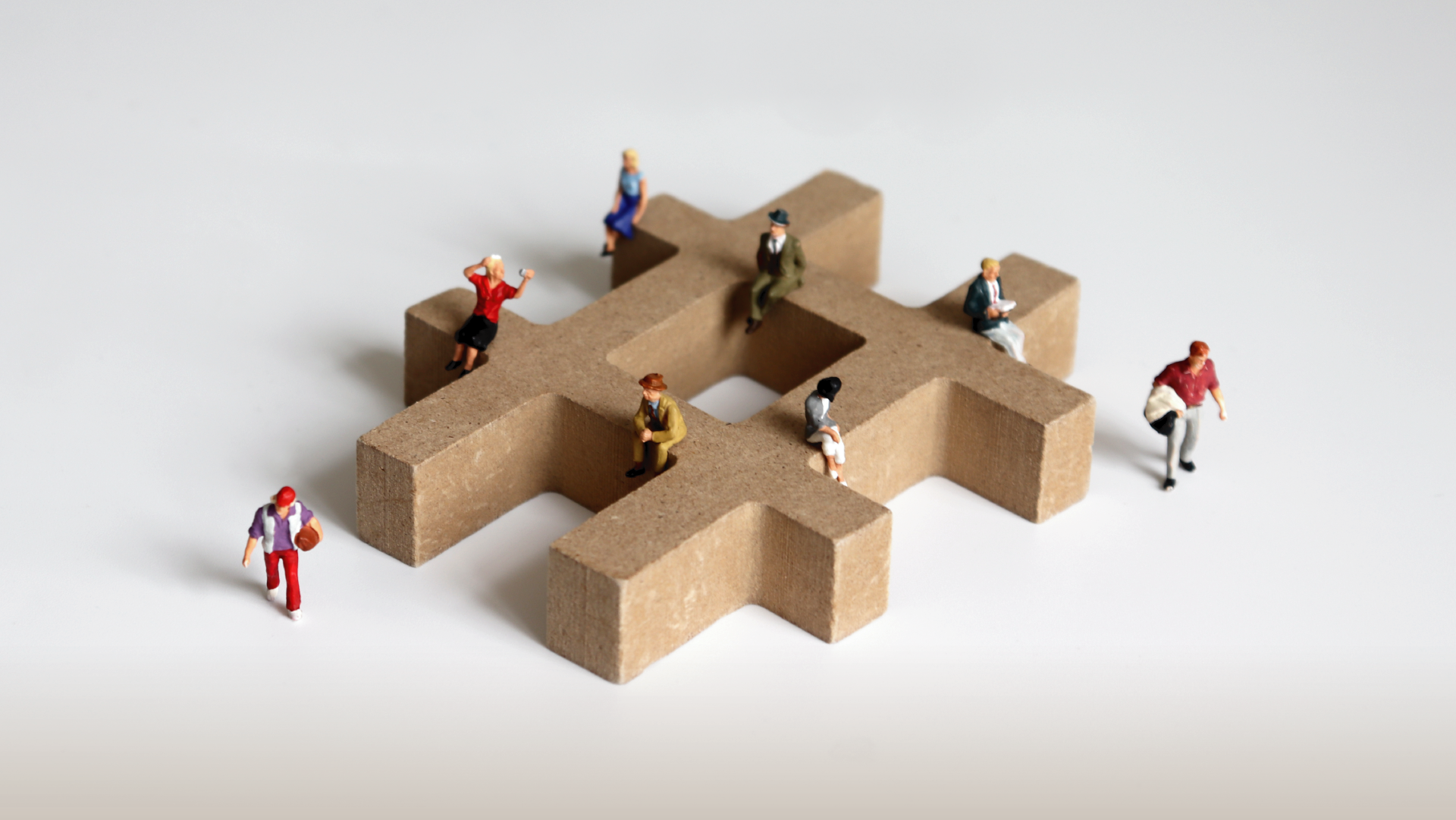 Hashtags are a tried-and-tested means of making a post on Instagram searchable and thus reaching users beyond your own followers. To counteract an ugly proliferation of hashtags, Instagram has the maximum number set to 30 hashtags per post. A lively discussion has developed in the social media community: is it best to use only a handful of hashtags or should you exhaust the maximum of 30 hashtags?

The debate is fueled by two arguments. On the one hand, representatives of Instagram occasionally comment on the topic and recommend that no more than ten hashtags should be used. However, they do not have the optimal interaction or distribution of the posts in mind. They express concern that too many hashtags in the text would not look too good. While this argument cannot be denied, ultimately other metrics might be more crucial for most social media managers.

A specter is haunting us

Much more attention has thus been given to various studies aiming to establish a link between interactions on posts and the number of hashtags used. For this purpose, they have examined whether posts with more hashtags receive more interactions than those with fewer hashtags. Unfortunately, these studies are based on interactions per post. One study found that only two hashtags is suitable, while another concluded that with one to three hashtags you would receive the most likes. A third study recommended using exactly nine hashtags because more hashtags would reduce the amount of engagement.

These results still haunt blogs and are preached at conferences. It is no wonder that most posts on Instagram use a very small number of hashtags. In our study of over 5 million posts, the average was about four to seven hashtags, depending on the size of the profile. Only a little more than one percent of posts used the full 30 hashtags. The more followers the profiles have, the fewer hashtags that they use.

Unfortunately, all studies described above are based on a fundamental mistake: looking at the absolute number of interactions per post. According to this logic, a post is better than another one if it receives more likes. For example, if a post has 200 likes, it is considered better than one that has only 100 likes.

It is no use building your analysis on the absolute number of likes. Especially large profiles such as that of Kylie Jenner with up to seven million likes per post distort the average completely. Inevitably, studies find that using fewer hashtags is optimal because large profiles use fewer hashtags, as seen above. In short, the studies are worthless.

In order to compare the success of posts, one has to divide the number of likes by the number of followers of the profiles. Otherwise, a post of Kylie Jenner is always the most successful, regardless how many hashtags she uses. Therefore, if you want to discover the secret of the optimal number of hashtags, you have to compare the posts by likes per follower.

We have done this with 5 million Instagram posts from over 300,000 Instagram profiles. As expected, the picture is quite different.

In another study, we showed that the size of a profile has an impact on the reach of posts. In order to ensure that the size of the profile does not distort the outcome, we have isolated the influence of the hashtags in a further analysis and statistically excluded the size. There is also a reliable correlation in this analysis: the more hashtags, the more likes. Indeed, this applies equally to small and large profiles.

Interestingly, using more than 30 hashtags is not at all advisable. Instagram does not seem to ignore the excess of hashtags but actually punishes it, whereby each additional hashtag seems to cost quite a bit of interaction.

The graph shows that posts with no hashtag have more interactions than those with only one hashtag. This could be because the posts that did not have a hashtag in the text may have hidden the hashtags in comments and thus do in fact have hashtags. However, how many there are cannot be determined, and thus the result for zero hashtags should be ignored.

It is important to track the success of your content. This will help you find out what your followers like most and what works in the long run. You can do this with Fanpage Karma. Give it a try. The trial is free.

Likes are not enough

Should you always use 30 hashtags? Definitely yes, if you aim to receive as many likes as possible. Hashtags are bait for both bots and real users. However, if you do not want to optimize your posts for likes but rather in terms of reach, the story is slightly different.

In a second analysis of 1.5 million posts, we looked at how much reach per follower they received, and related that to the number of hashtags. This relationship is also statistically significant and detectable. However, the findings are not quite as clear.

While the reach significantly increases with the use of hashtags, with more than 24 hashtags it seems to decline again. A polynomial approximation yields an optimum of 20 hashtags. Unlike with likes, it does not seem optimal to maximize reach by using 30 hashtags. However, at this point we have to highlight the small presentation trick that we have allowed ourselves in the graph: the y-axis does not start at 0 but at 25% percent. As a result, the differences between the values ​​appear much larger. The difference between 20 and 30 hashtags is only two percentage points. This was quite different with the first analyses on the number of likes per follower. The likes per follower of 30 hashtags were 2.5 times higher than those of posts with only one hashtag, reflecting a major difference.

The benefit of hashtags is statistically verifiable but should not be overestimated. It is an illusion to believe that with appropriate hashtags the reach can be doubled. Nonetheless, additional interactions and reach are very likely. It is therefore advisable to use many more hashtags than currently practiced, and definitely more than the often-recommended 2-7 hashtags.

An easy way to find matching hashtags is to use hashtag generators such as the Hashtag Composer.

The selection of hashtags is also very important. In no case you should always use the same hashtags or use hashtags that do not fit the post. However, we will examine this in further detail in a later investigation.